☟
So this past week I finally nabbed a pedal I had been after for about a decade...

This is the H.W. Cano Electronics Quantum - Discrete Distortion! It's from 1983, probably based off the classic FZ-1 / MK1 circuits (this is still up for debate), and sounds like a buzzsaw tearing into a steel wall... 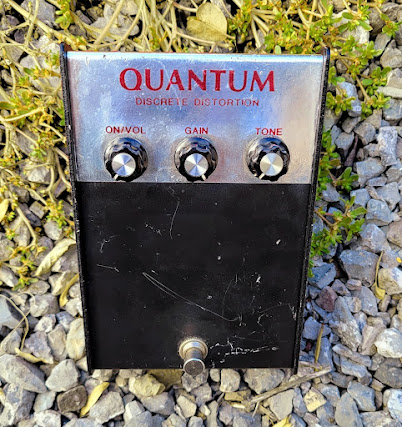 I've only seen one other unit before, of course on the effects database site, and that one was made on the same day and numbered 007. So as of now I don't have much (if any) information on these, like how many were made, but I do know they were from the mind of electronics wizard, Howard Cano. 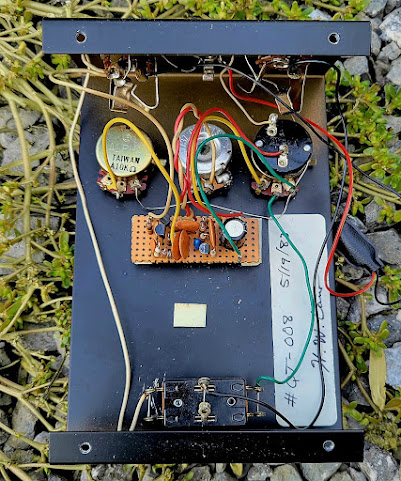 To do a full posting on this I need to keep digging up any available info on Cano's history and audio electronics career (including drum synths and midi-conversion kits), so if you happen to have more details definitely reach out to me either through email or instagram. 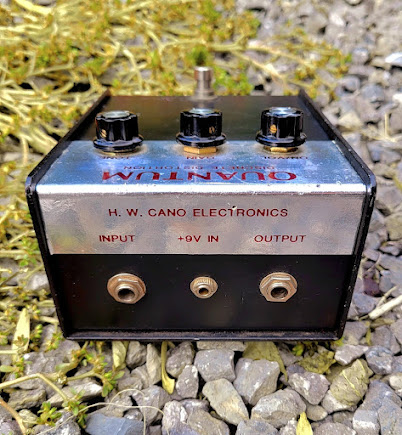 ☟
The Morley Power Wah Fuzz from the mid '70s is just an okay wah, but one of the gnarliest sounding splattery 60's style fuzzes ever made!
Unfortunately it has been misregarded as THE tone of Cliff Burton; and to the point that Morley re-released the pedal with Burton's name on it!!! The actual fact is that he used a Morley Power Wah BOOST and a Big Muff (most likely the op-amp version). And after you check out the demo below you'll clearly hear that this tone isn't anywhere near the first 3/best Metallica albums...
This is great demo that has been around for a decade now, but it's definitely worth a (re)watch as it shows just how ridiculous the fuzz portion actually is.
Check it out [the fuzzing starts at 2:49]:
thanks for watching!
-ed
Posted by edp at 7:39 PM No comments: