☟
I saw this auction today, and out of respect for our fallen hero, decided to post it here. 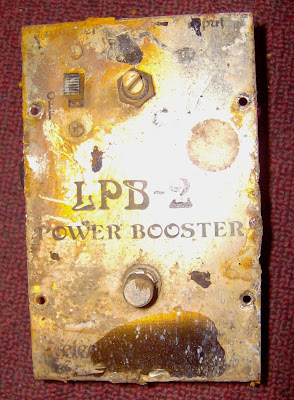 Awesome Demo of the Roland AD-50!

☟
This short (but sweet) demo featuring the Roland AD-50 Double Beat shows off the grungier side of one of my favorite fuzzes.

big thanks to youtuber monks0108 for his always bad ass videos///

☟
I went on a little pedal binge last week, and the first to arrive is this,
the Knight KG-389 Fuzz Box. 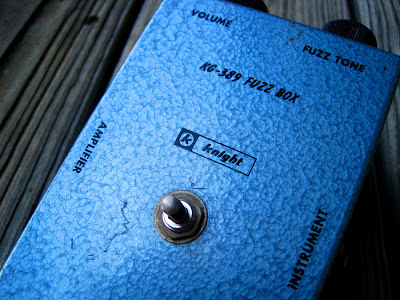 It's a pretty primitive sounding fuzz, and so far I am liking it on bass a little bit more than guitar.

There's not a whole lot of info out there on these.
The pots date it to 1966, but they have appeared in catalogs as late as 1969...
So after I gather more info, I'll do a full post on this beautiful blue buzzer.

Also, there seems to be some debate on the transistors that were used in this thing, so let's end that.
This one, at least, is packing two 2N3391 A's. 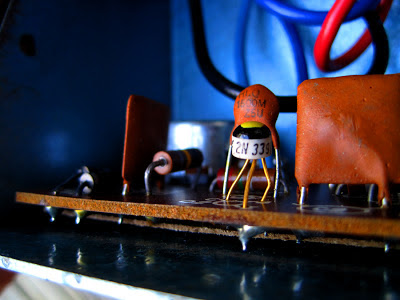 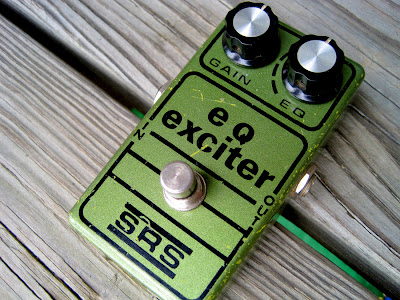 You may remember a while back when we posted a demo video of the rare (as in the only one ever seen) SRS EQ Exciter. This crazy and heavy fuzz from the late 70's was (and for the most part still is) a bit of a mystery. So I have been sitting on this post for a while not knowing if any other information would pop up about "SRS", and since none has I've decided "well, let's do this anyways!" 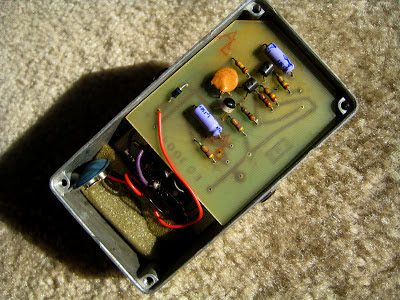 So I bit on the VCO Disco pedal, leaving the EQ Exciter to whoever wanted to take that chance. 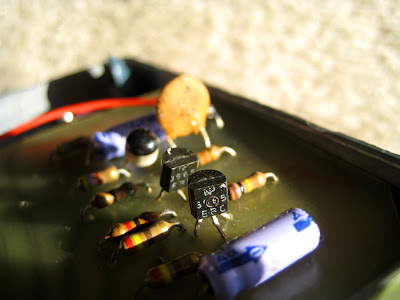 Well, after receiving the VCO Disco I found out that it was an envelope filter (apparently a copy of the ehx Doctor Q). To me, that made sense with the name it had; but then I found out about the EQ Exciter, and after realizing that it was definitely NOT an equalizer, NOT an exciter, NOR was it a booster of some kind, I knew I had to have it!

So long story short; I found myself in a trade with a friend, and here she is 2 years later in my little collection!!!
(thanks, you know who you are ;) 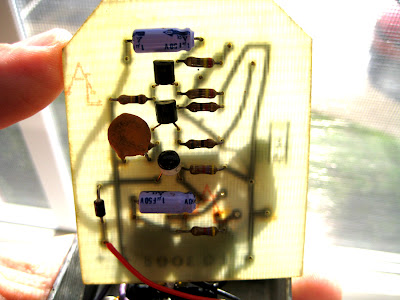 If you read the other post and listened to the demo, you will get a pretty good idea of what it sounds like, so I won't get too redundant here. But I will touch on the main points for you.

The tone itself is reeeeeaaaaaaal FAT! And anyone who has read this blog before knows that I love my fuzz with some big bottom to it; well the SRS EQ Exciter delivers that for days! It's one of the most punishing and loud pedals I have ever played through, and sounds even more killer on bass. If I could describe the overall tone, I would compare it to the squelch of a Shin Ei FY-2 mixed with the meat and balls of a silicon Fuzz Face.

The other thing that is really cool about this pedal is the tone control. It has this huge sweep to it that sounds more like a Moog synthesizer than a fuzz. It's really unique for a pedal, and I wonder why more builders don't employ that same technique in their stuff? 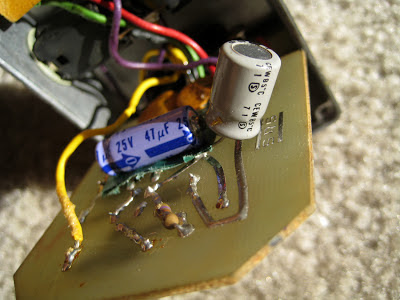 The mystery remains unsolved on this one, because we still do not know anything about this company, "SRS". Whether they made more pedals than these two, where they were located, if it was just one guy building effects for friends? I have no idea...

But if you do know any of these little details, please let us know. I would love to find out more./// 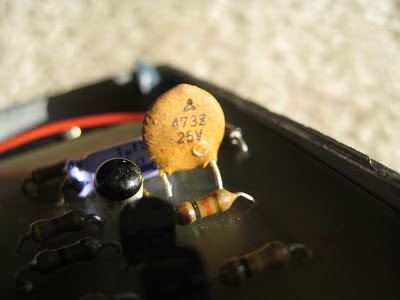 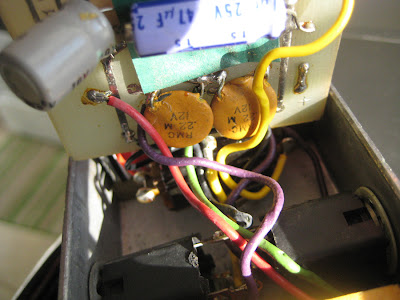 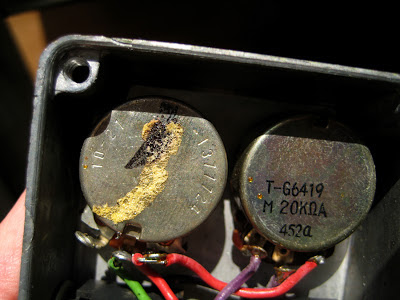 Thanks for reading!
-ed
Posted by edp at 4:48 PM No comments: