The Other SRS Pedal...

☟
A little over 10 years ago I lucked into finding two pedals from a brand I had never heard of before, SRS; the now legendary EQ Exciter and the VCO Disco. These were being sold in two separate auctions and I actually won the VCO Disco first! After messaging a friend, Bart who runs the Effects Database website, about the pedals, he asked if I could possibly purchase the EQ Exciter for him since this was a US only auction. Neither of us had heard of "SRS" before, and being the pedal nerds we are that's more than enough excuse to acquire them. Well a week later they arrived and I plugged them in, only to be blown away by the grossly misnamed "EQ Exciter", which turned out to be an insanely HUGE sounding fuzz with a really unique tone control that had the kind of a sweep you'd typically find on a synthesizer! I knew at that moment I had to make my case to Bart that this pedal needed to stay here with me and that maybe we could do a trade for the VCO Disco instead. 😁 (I am still very grateful to him for his reluctant, but gracious acquiescence.)

So what about this other, much lesser known sister pedal, the VCO Disco... 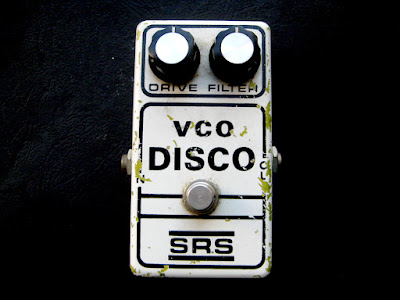 Well, when it came to naming this one they were spot on! It's simply a fat and juicy envelope filter from the 70s with tons of character and all the funk anyone could possibly handle. I am personally much less familiar with this type of circuit but I have been told it is a modified version of the ehx Doctor Q. What I do know is that it sounded great compared to many of the other auto-wahs I've owned over the years.

So here are a couple photos I saved from that original auction. And just like I posted in our full writeup on the EQ Exciter fuzz, if you know anything about this brand or have a pedal yourself, please hit me up with a message! Because after 10 years, these are still the only two examples that have ever surfaced from SRS... 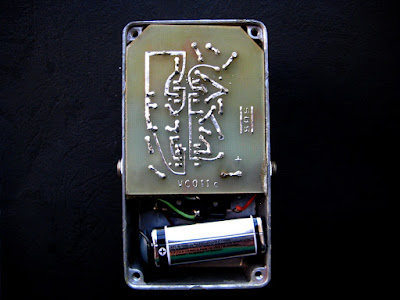 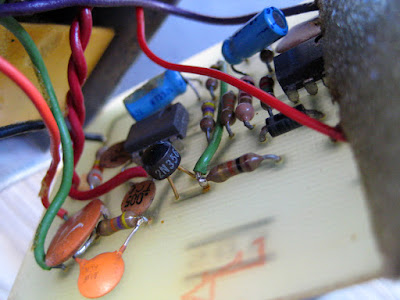