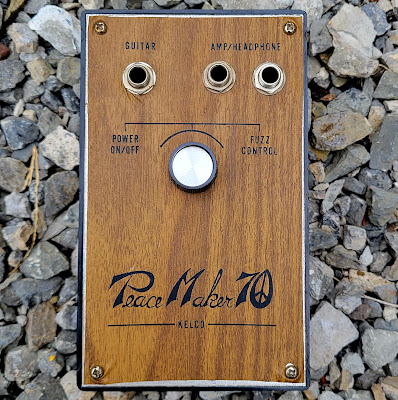 I came across this weirdo "pedal" a little while back, and because I'm me and can't resist super obscure vintage fuzzes, especially ones in plastic enclosures with woodgrain tape, I had to nab it! This is the Kelco 'Peace Maker 70' from 1972(ish).
After doing some heavy online investigating I was able to find, well, just about zero information on it. But when I posted a few photos on my instagram the other day a friend of the blog, and unrivaled vintage Electro Harmonix collector Daniel Danger, sent me the below advertisement that he recently discovered in an old Guitar Player magazine from the early 70s! 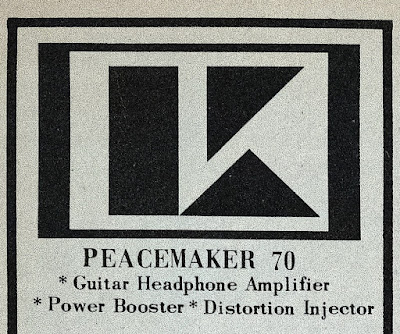 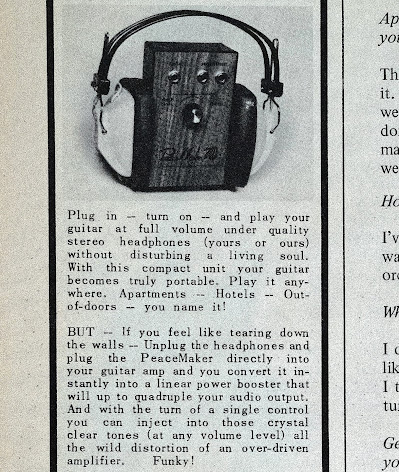 The ad definitely cleared some things up for me. First, it was meant to be used as a portable headphone unit and the amplifier output seemed like more of an afterthought. Second, and probably more interesting, is that the "Fuzz Control" knob shifts between a low-gain gated fuzzy/overdrive to a (very loud) clean boost! Lastly, there was speculation that the Peace Maker 70 was possibly made by a Serbian brand, Kelco. But after reading through the entire ad, it's clear that Kelco Electronics were actually from the slightly less exotic land of, Florida's Panhandle. 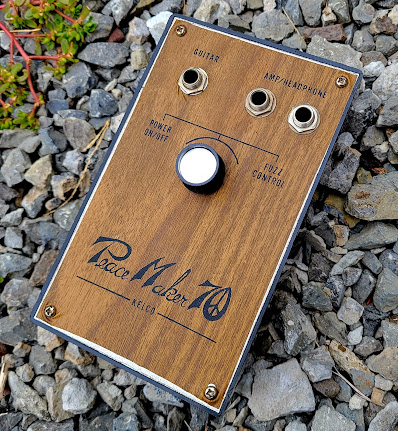 Another cool detail that I picked up from the ad was how they described the boost section as a "linear power booster", which is obviously something that is typically reserved for Electro Harmonix and their effect of the same name (released in 1968).  I haven't dove into the circuit yet to see if it's some kind of LPB-1 that's been modded, or if it's something completely different, but either way I'm into it. :) 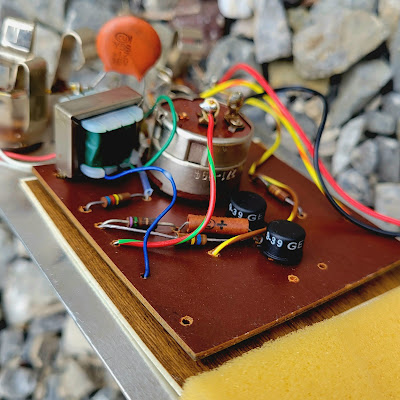 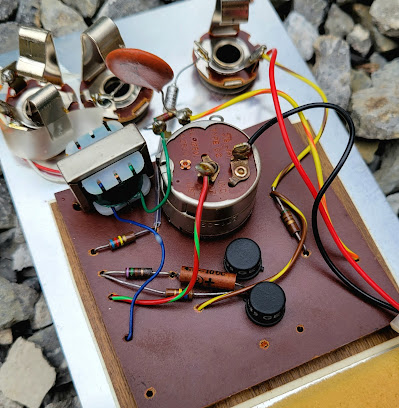 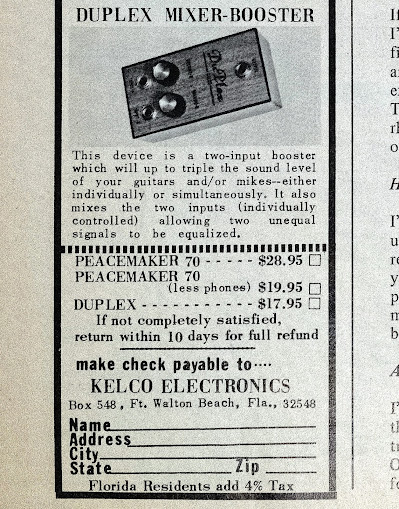 The final thing you'll notice from the Kelco Electronics advertisement is that they made another unit, the Duplex Mixer-Booster. Unfortunately it looks like neither product ever really took off, despite their solid Guitar Player magazine marketing push; and combine that with the plastic/bakelite enclosure, very similar to the ones used in the original Seamoon pedals, and I can only assume that not too many of these are still around...
But if you happen to have one yourself, or any other Kelco products, please feel free to reach out to my email. I'd love to know more!
Thanks for reading,
-ed
Posted by edp at 9:22 PM