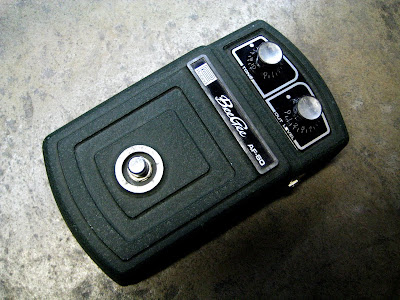 This is Roland BeeGee fuzz pedal from the mid 70s. It comes from the same Roland/Boss series as the BeeBaa (fuzz), BF-1 (flanger), Funny Cat (fuzz/filter/thing), AP-2 (phaser) and a slew of other goodies. I had been on the hunt for one of these for a while thinking it would be some kind of thick octave fuzz like so many of its Japanese counterparts. I was happily mistaken!

The BeeGee definitely has its own sound to it. There is this overall rubbery quality, not unlike the Ibanez Standard Fuzz (but without the upper octave and heavy low end). At the same time it has this raw and raunchy tone, almost like an Italian Vox Tonebender but with a soft organic edge. It is very reactive to changes in guitar volume, pick attack and tone adjustments. This pedal is really great for leads too. It almost plays for you! I was able to liven' it up a little bit by throwing a DOD 250 in front for a boost, which also pumped out quite a bit more gain and overall thickness.
There are actually a few demos on youtube:

This pedal is configured interestingly with this cool looking Toshiba OpAmp plus two 2SC1000GR silicon transistors:

Overall it is a really sweet pedal, but if I had to pick some things that I didn't care for they would have to be:

1: The lack of big low end.
I can't help thinking how thick and just heavy this pedal would be if it had a little more bounce per ounce.

2: The really shitty tone control.
If there is one thing I have learned from vintage Japanese fuzz it's that they all have the worst tone stacks ever put into pedals. You basically get a small window of usable control and the rest is either ear piercing or like a heavy blanket being placed over your head.

3: The lack of MUCHO GAIN!
Although I am able to rip open the gain with a booster, I would love if the BeeGee could get really saturated with fuzz all on its own.

But even though I have some dislikes, they aren't enough to not love this little guy! 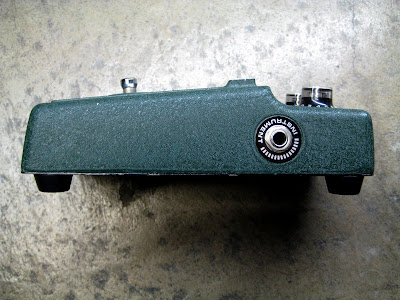 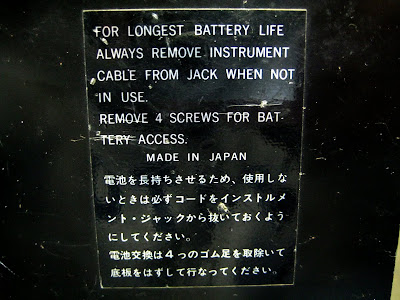 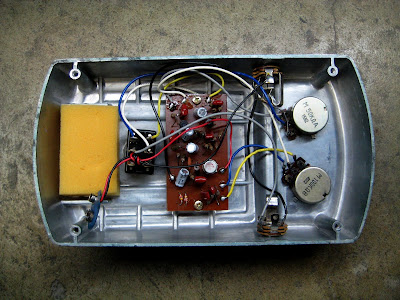 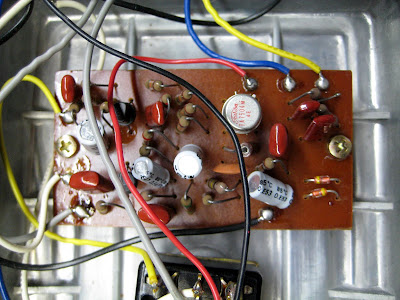