Look how cool this is! 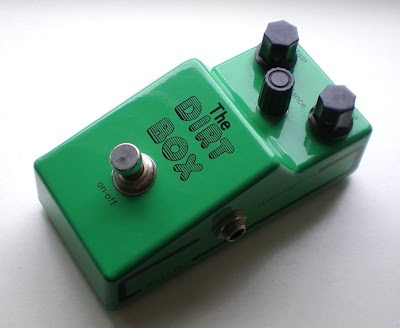 Unfortunately it's not mine...(
Ok so what do we know about this skinny green weirdo of a pedal?
I for one had never seen or heard of the Ibanez "The Dirt Box" until about a year ago when one randomly surfaced on ebay; and although it definitely piqued my interests, I decided to stay out of the auction because the seller was less than helpful over our emails.

I hate letting something cool get away, but as fate would (almost) have it, a few months later another "The Dirt Box" popped up! But this time I didn't set my bid high enough, and again it went to someone else. Feeling down about the whole experience I eventually told myself that time heals all wounds and to just move on... 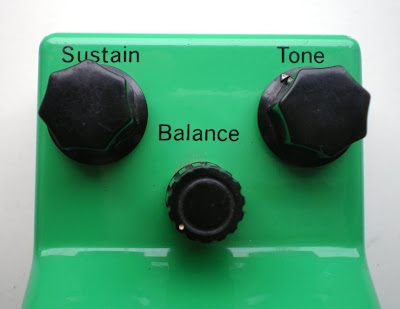 So after many sleepless nights and a river of tears, let's fast forward to last week when I saw some amazing photos of "The Dirt Box" posted on the D*A*M forum, by user Lucy-Guitar. I knew even though I couldn't own this sweet pedal, I could at least try and get something cool for the Tone Machinests! So I shot Lucy an email and a couple days later I was graced with all of these awesome pics (including gut shots!).
---

Well upon closer inspection it turns out that it is the same circuit as the Ibanez Overdrive II! Which itself was the precurser to the Tube Screamer. This is not to say that it sounds like a Tube Screamer, because it really doesn't; and it definitely doesn't sound like the Ibanez Overdrive OD850, which is more of a Big Muff (discussed at length in an earlier post). Nope, but it does have a pretty cool gritty dark overdriven tone that isn't too far off from the op-amp version of the Electro Harmonix Muff Fuzz plugin.

So although it may not be the most groundbreaking pedal, or even the best sounding, it at least looks really cool!!!


The pictures below compares the Ibanez The Dirt Box (top) and the Ibanez Overdrive II (bottom), both made in 1976: 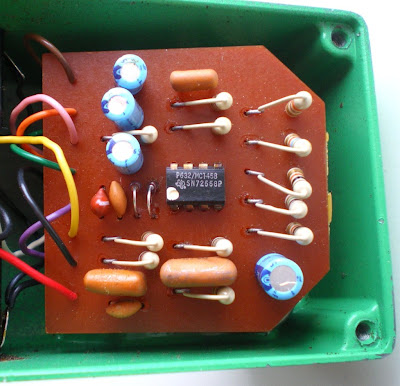 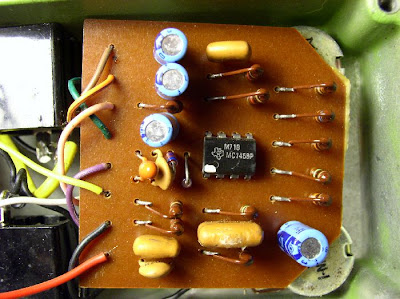 So why did Ibanez choose make two pedals with the same exact circuit at the same time but with different names? We can only speculate, but here's my theory:

The original Ibanez Overdrive OD850 was a flop for the first couple of years it was out, purely because it was a fuzz and NOT an overdrive. So, in my opinion, Ibanez decided to distance themselves from that original mistake and create a totally new pedal with a name that gave a better indication of what it would sound like. The problem is a "Dirt Box" can be anything from a Fuzz to a Distortion to an Overdrive. So instead of making it more shopper friendly, they actually made it HARDER to figure out what the hell it did?!?!///
And in the face of failure they decided to go back to the "Overdrive" moniker and realized that they could bill it as a completely NEW and IMPROVED version of that crappy old OD850 (that they continue to make to this day under different, but not any less confusing, names). 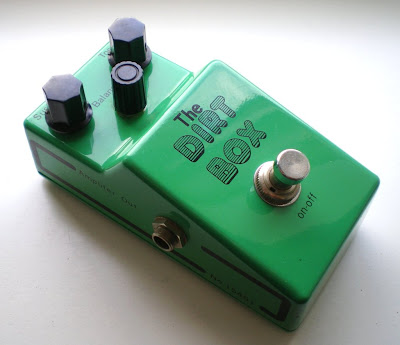 My guess is that this pedal is somewhat of a prototype or test version, which subsequently failed the test. But that is is what makes it a perfect fit here at Tone Machines! So this is me putting out the mental and digital vibes that someday I will have one of these little babies for all my own.
In fact, how about a The Dirt Box for everyone!!!

also, don't you just love the way they spelled "Amplifer"/ 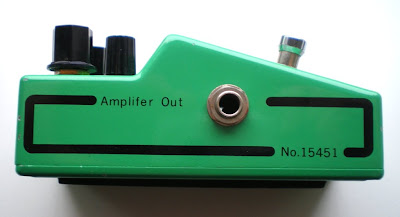 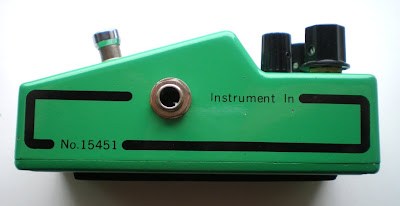 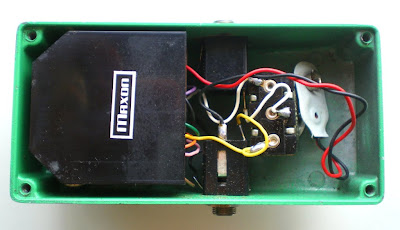 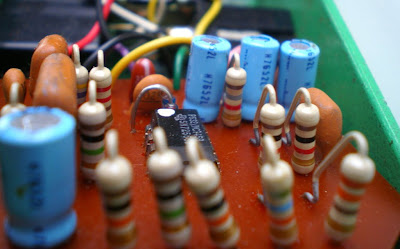 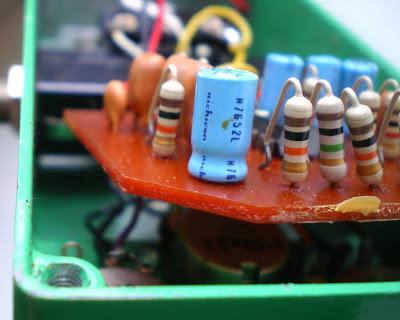 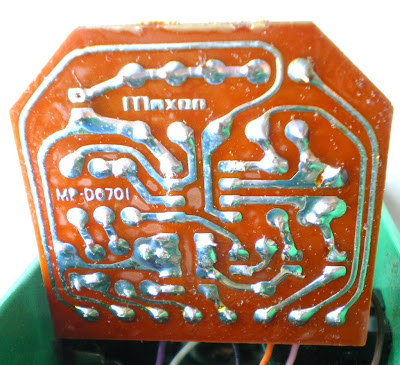 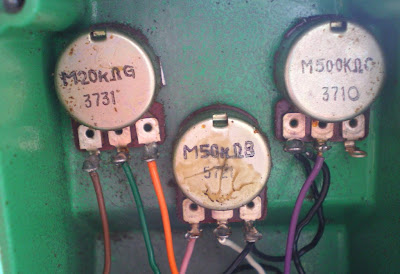 A giants Thanks! to Lucy for all of the awesome photos,
and thanks to you for joining us again!
-ed
Posted by edp at 4:46 PM