☟
These past few weeks have seen a lot of really cool stuff come up on ebay, including something I didn't even know existed until I saw this auction a few days back, the Pro Co Sound Inc. The Juggernaut (Bass Distortion) from its original run back in 1979. I decided to bow out of the auction based solely on the fact that the reissue of the Juggernaut sounds like a heaping pile of bat turds...
But as you will see that decision turned out to be quite a bad one! 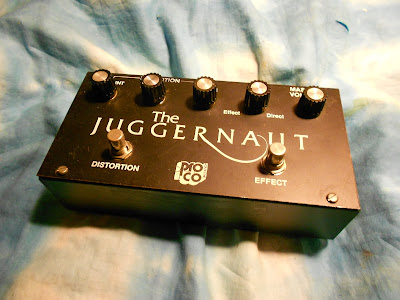 Being a big fan of the Pro Co Rat, especially between the years of 1978 and '85, I just figured (and hoped) that this was going to be a Rat with more low end and less fizz; and even though it has its roots deep inside that original 1978 Rat, the Juggernaut sounds like a totally different beast. A crunchy, grimey, and gating fuzz that's closer to a Vox Tone Bender than what most people associate with a Rat.

You will notice it has some extra controls and an extra switch. For a Bass effect it's actually a pretty ingenious design. The most useful part of this effect is the clean-blend circuit that allows you to mix in your dry bass signal to taste, which is a good way to round out the otherwise crispiness of the fuzz. There is also an effects-send that is switchable; another really cool feature that allows a whole slew of tonal options depending on what effect you throw in there.

The Tone knob has some character all its own that is not at all like the one on a Rat. It seems to never go down to that blanket-over-the-head level, but instead keeps its bite even at the lowest setting. I would guess that this is because you can blend in your dry signal and bring back any low end you may lose in the fuzziness. Again, cool design style!

Well, as you may have guessed it, this is another loaner to us here at Tone Machines (Thank you again Jerms!) but that doesn't mean we can't do a nice and thorough review///
So go and watch the demo video if you haven't already. I also added a pretty huge pic of the guts in this mofo, so get crackin' you solder jockies! 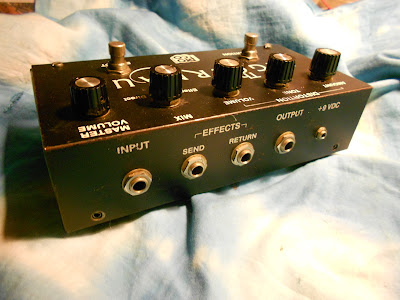 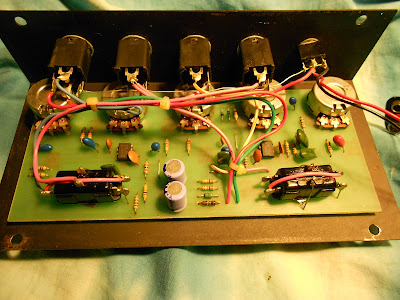 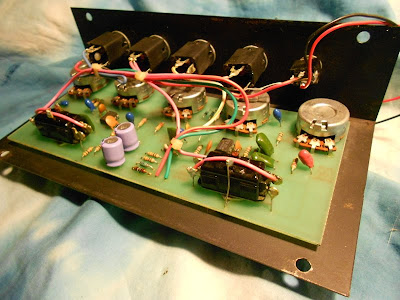 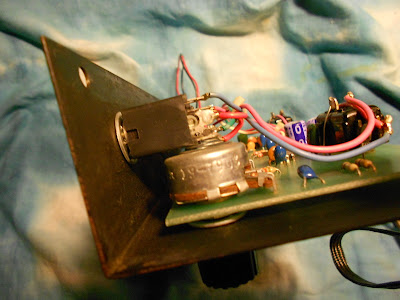 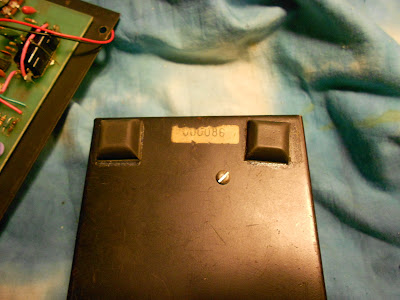