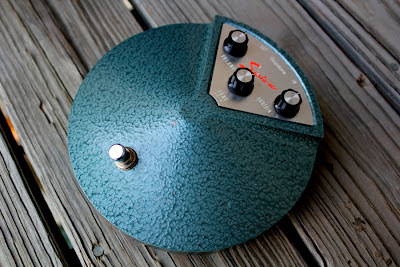 Welcome back!
This week we review and take a look at this strange, circular newcomer to the family. After searching for a few years to find one of these, my persistence had finally paid off and I was able to pluck this muffy disc of DOOM straight from the powerful grips of the Japanese Fuzz World... 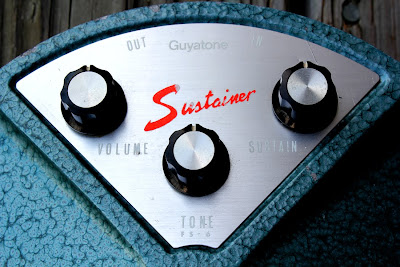 The Guyatone Sustainer FS-6 is definitely an oddity of early 70's Japan. It looks like a Fuzz Face, named as if it's just going to be some sort of compressor, and then acts like a full-on Big Muff (with a hint a Jumbo Tonebender thrown in the mix). These were made for just one year, from 1973 through the end of 1974, and were sold exclusively in Japan, where 90% of them still reside today. In fact, I am not sure how many are Stateside, but I personally only know of 1 other FS-6 that currently lives here in the U.S.

Guyatone made some very cool fuzzes in the late 60's and up through the mid 70's. First was the Guyatone Bazz Box FS-1, which you may recognize from my "On the Hunt" page, next were two Super Fuzz clones, the Buzz Box FS-2 and later, the Fuzz FS-3. Then they made a couple of wahs, and finally, the beast we will talk about today... The Sustainer FS-6. Guyatone, much like the rest of the early Japanese pedal makers, put out their versions of already popular effects. Maybe changing a component or two here and there, but overall you could tell where the ideas came from. Although not being purists, I'm sure most of you don't care how the inspiration evolved, as long as it sounds awesome (and looks cool too!). Around 1974/75 Guyatone's line of pedals changed from that original "FS" Series to the newer, smaller, MXR inspired "PS" Series; which then became the OEM manufacturer for VOX's V-Shaped Series. 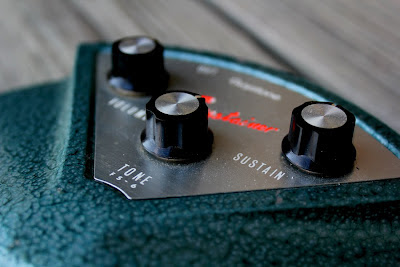 OK, back to the matter at hand.

First, let's talk about the look of this thing. It's funny when you read old ads for guitar pedals, especially fuzz. So many of them allude to Jimi Hendrix, or flat out say you are going to sound just like him if you use their pedals. But obviously the man himself only used a handful of fuzzes in his live and recording sessions. The most notable is obviously the Fuzz Face. So then it's no surprise that Guyatone decided to make a very Fuzz Face-esque enclosure for the FS-6, even going as far as to try and match the blue hammerite paint of the late 60's Si FF's. But they must not have liked the circuit that much because I can't, off the top of my head, think of ANY vintage Japanese Fuzz Face clones besides the Crazy Face/Sears Fuzz? But I can definitely ramble off about 15 to 20 Big Muff and Super Fuzz clones. 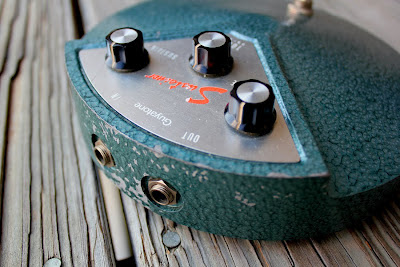 So then what is the FS-6 Sustainer?
What else, but my fav!!!
The FS-6 is a chunky, hairy Big Muff at heart; although it does have a few deviations from it's father circuit. Unlike any version of a true Electro Harmonix Big Muff, it has a FET input stage, hence the 3 transistors instead of 4, and also the output buffer has been omitted, like in a Colorsound Jumbo Tonebender (Thanks Analogguru!).
So what does this mean soundwise?
Well, I really have no idea___.
But I can go into pure detail of what the FS-6 does exactly, and what it sounds like.
so there./. 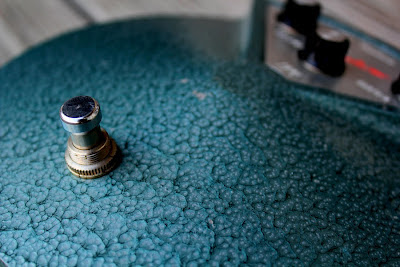 If I could compare it to any other fuzz out there it would actually be our old friend, the Jordan Creator. Both the FS-6 and the Creator are lower gain than any production versions of the Big Muff. But this doesn't mean that they are weak; just simply that at maximum Gain they are not your typical Muffy all out fuzz devastation!

Instead they like to dim the lights, put on some Hawkwind, take a trip down the spiral galaxy and request that you just chill out, man. 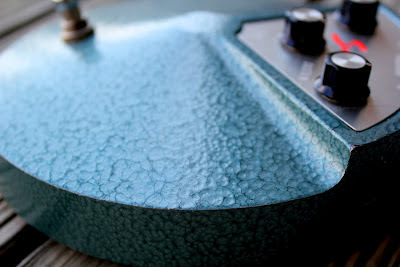 The FS-6 does two things very well; it handles chords amazingly, giving you that great harmonic crunch you expect from a Muff, but without any flubbing or mud in the low end. It also belts out some bad ass singing solo's. For all you classic rock dudes it can easily pull that pure Woman Tone; and like a violin, it seems to glide smoothly from one note to the next (just in case you have any big trippy, reverby soloing urges).

It's really an all around awesome sounding Muff variation. There are only 2 challenges with this pedal. Again, like in most vintage Japanese fuzzes, there is a volume drop when the fuzz is engaged. It's not as terrible as some of the fuzz/wah's, but it's definitely there. Also, unlike most Big Muffs, the FS-6 does not really respond to your guitar's volume changes, and instead it will stay fuzzy all the way down to Mute. Some people will find these things as drawbacks, but I see it as a case of "that's just the way it is." And if those are the worse things about it, that's fine with me :) 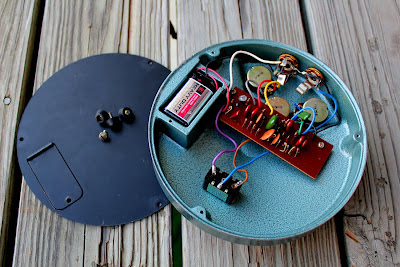 The Guyatone Sustainer FS-6 is another gem of early Japanese fuzz-life that get's me even more pumped to continue on and find all of the other stomps from that era. When I do, and maybe with a little help from you, I will bring them here so we can all check em out in gross detail.

Until next time, have a good one everybody./// 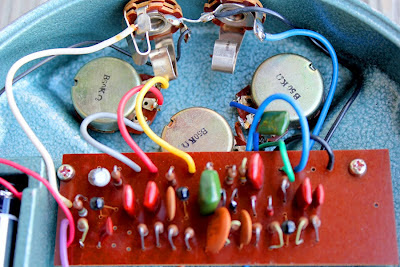 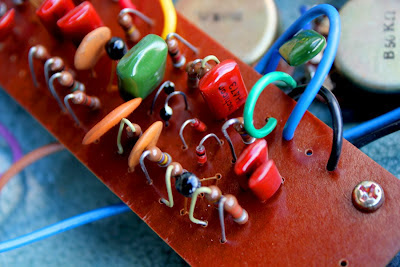 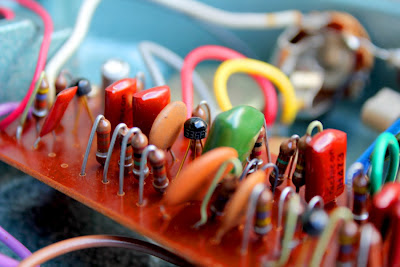 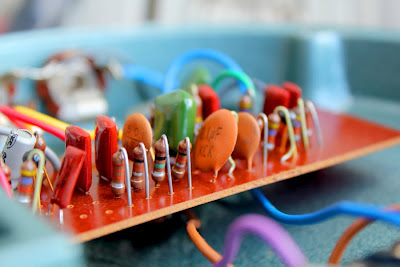 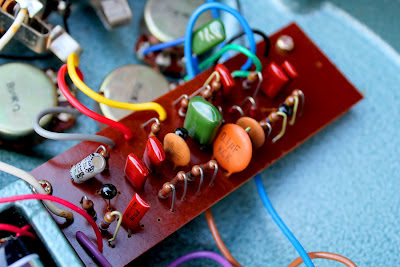 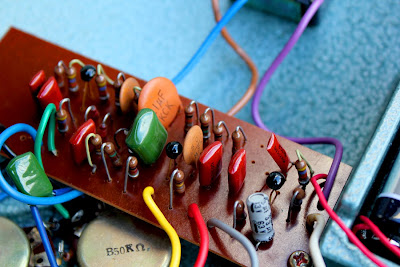 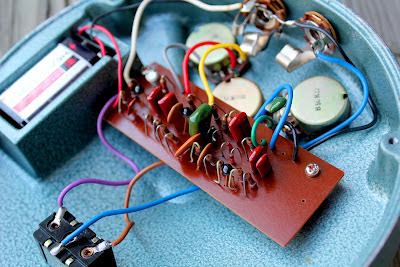