☟
keep on fighting, till the end. 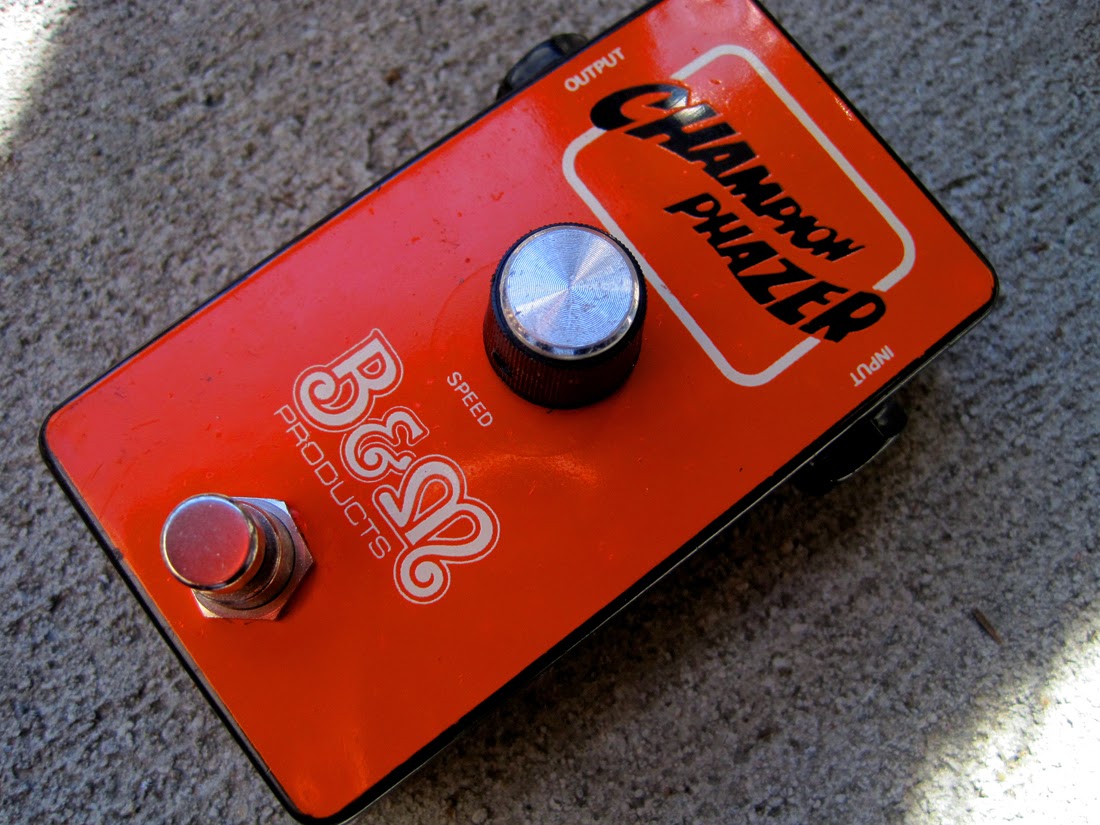 Well this is a cool little oddity.
As you have guessed from the title, this is the B&M (Barnes & Mullins) Champion Phazer. Yes, the same company that put out the famous B&M Champion Fuzz Unit! This little guy comes from a succession of pedals that 'B&M Champion' rebranded in the mid-70's for Colorsound. Earlier on in the decade they manufactured and distributed pedals for Exel; The Shatterbox and Treble Boost.

And although the Exel pedals, and especially the Fuzz Unit, are now highly sought after classics in the pedal world, the much lesser known Champion Phazer deserves to get it's 15 minutes... 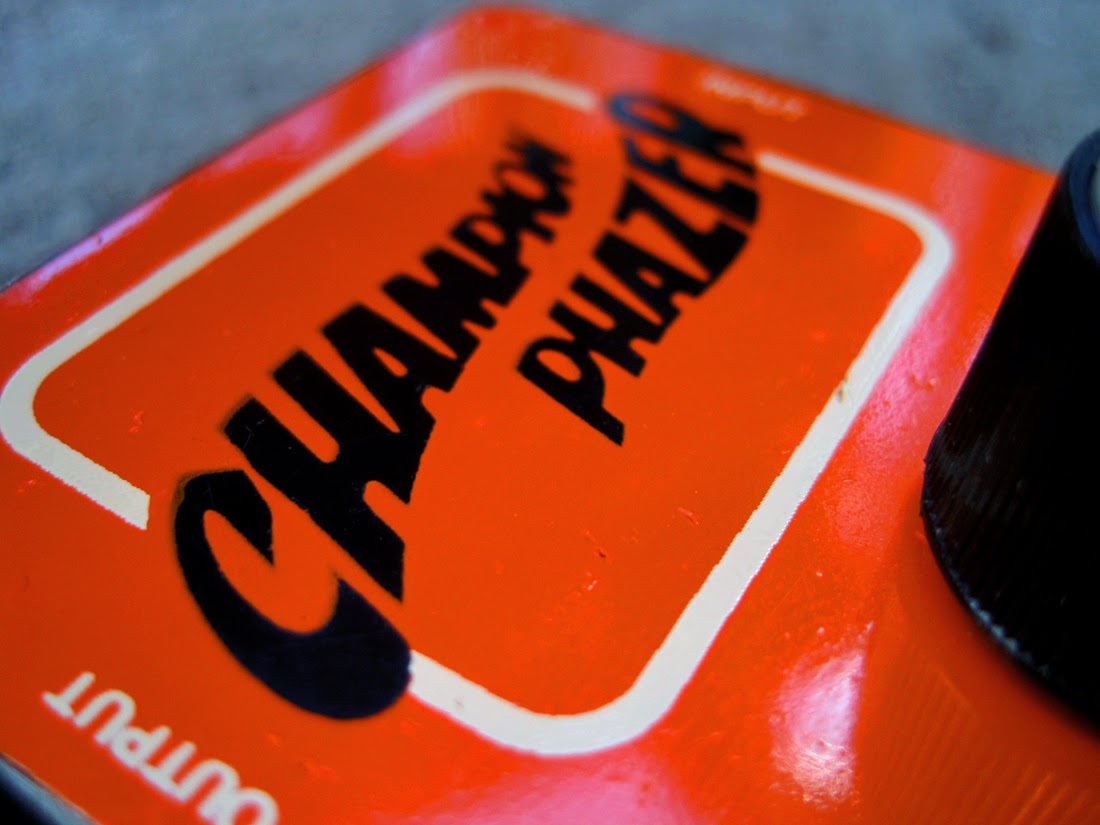 This is a pretty funky pedal, with its bright orange plastic enclosure and its low tolerance for pain. B&M only manufactured this version for one year before switching to the 2-knob style and a more durable metal casing. As were all of the 'B&M Champion' series, the Phazer was ultimately a (1-knob and later exact) copy of a Colorsound pedal; the Colorsound Phaze X.  Although many of the phase shifters of the day were straight clones of the MXR Phase 90, the Colorsound (to my knowledge) was not.  As always, following the trail of clones is quite the journey in our universe, it is usually safe to say that Colorsound / Sola Sound  were both innovators and refiners of the past. So anything is possible? 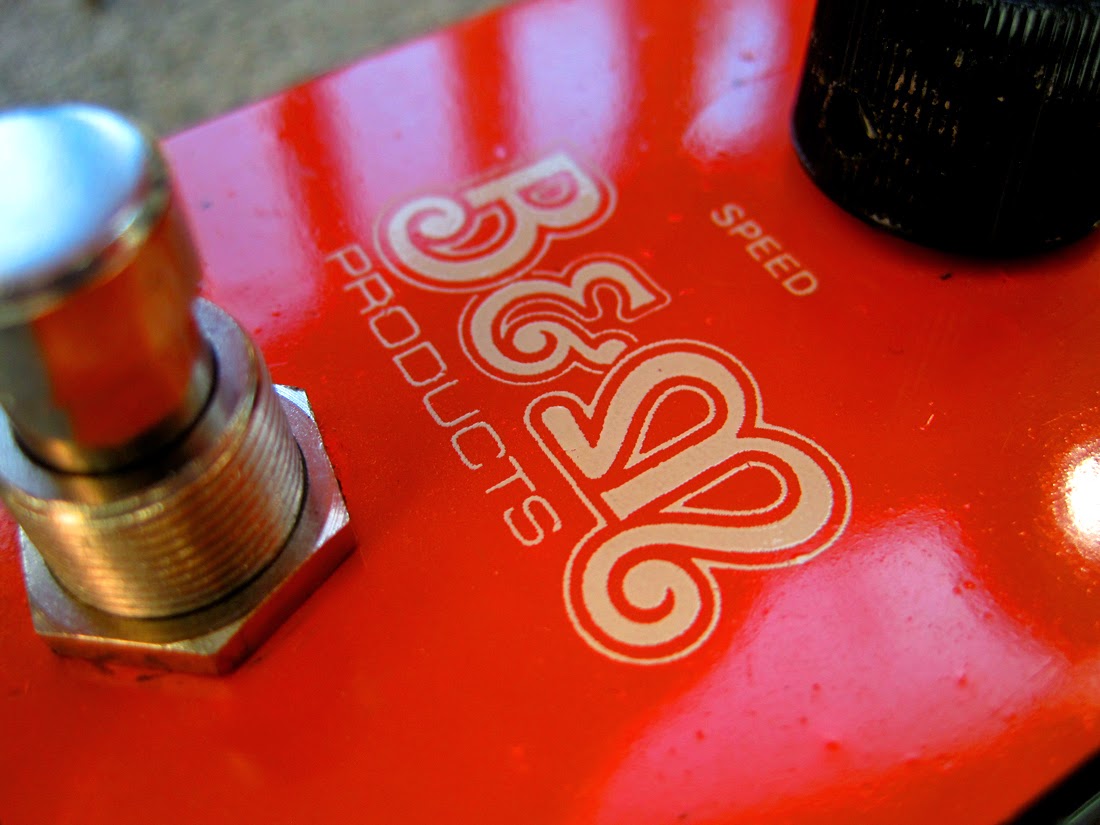 As you may know from reading this blog, I have a love close to my heart for orange-colored stompboxes. I don't really even understand why? Maybe it's because they just scream "Vintage 70's Awesomeness!". Or maybe it has a deep psychological meaning, where as a child I was chased by an orange alien in a dream and the only way to defend myself was being surrounded by similar colored objects?
who knows.

But yes, so when the chance came to snag this thing, I couldn't pass it up!  Luckily for me, it actually sounds pretty badass too. I would say for a point of reference, it sits somewhere between an MXR Phase 90 and 45. It gives you a real nice range of speeds, going from raygun fast, to drunken slow. It pumps out that nice swirly and deep phasing we love, and best of all it combines perfectly with fuzz.
The sweep hits at a really perfect frequency range, where it still retains much of your original low end, and never squeaks out the highs. Making for a perfect match to any Big Muff or Fuzz Unit you team it up with, never hearing that 'flub' effect on the bassy side of things. 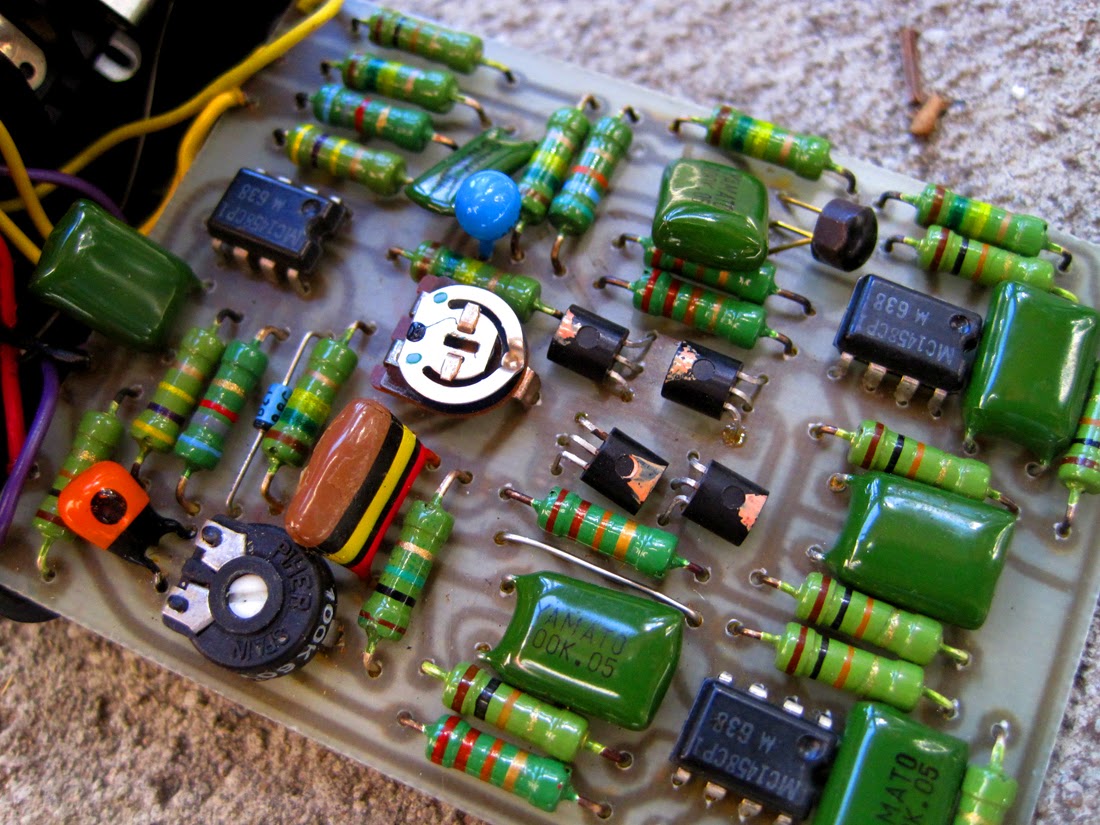 As for rarity, I have personally only seen 1 other Champion Phazer in my time. And although this isn't a solid indicator of scarcity, I do feel safe assuming that many of these were smashed by heavy-footed stoners, trying to ride the magic rainbow all the way into space, man.

Either way, it is a cool curiosity from an even more cool era in pedal history.

Well, I'm off to plug all of my orange pedals together and fight the alien nation the seeks to inhabit our world/// 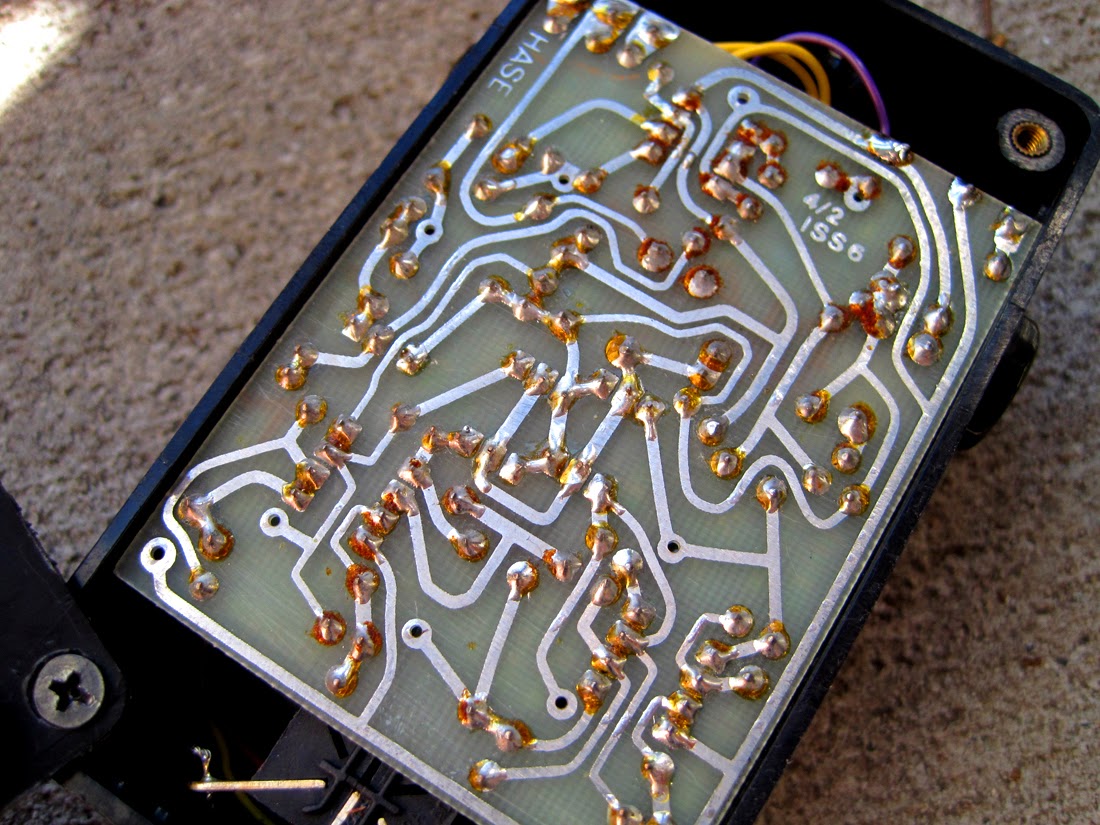 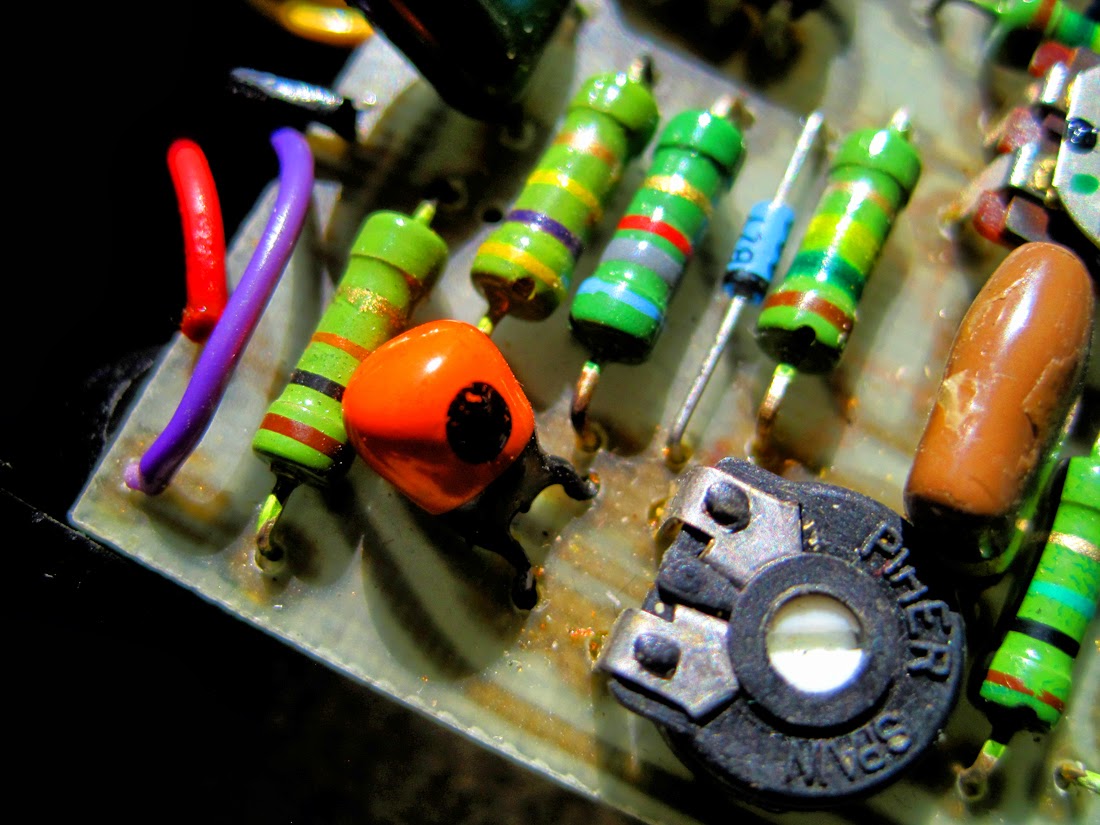 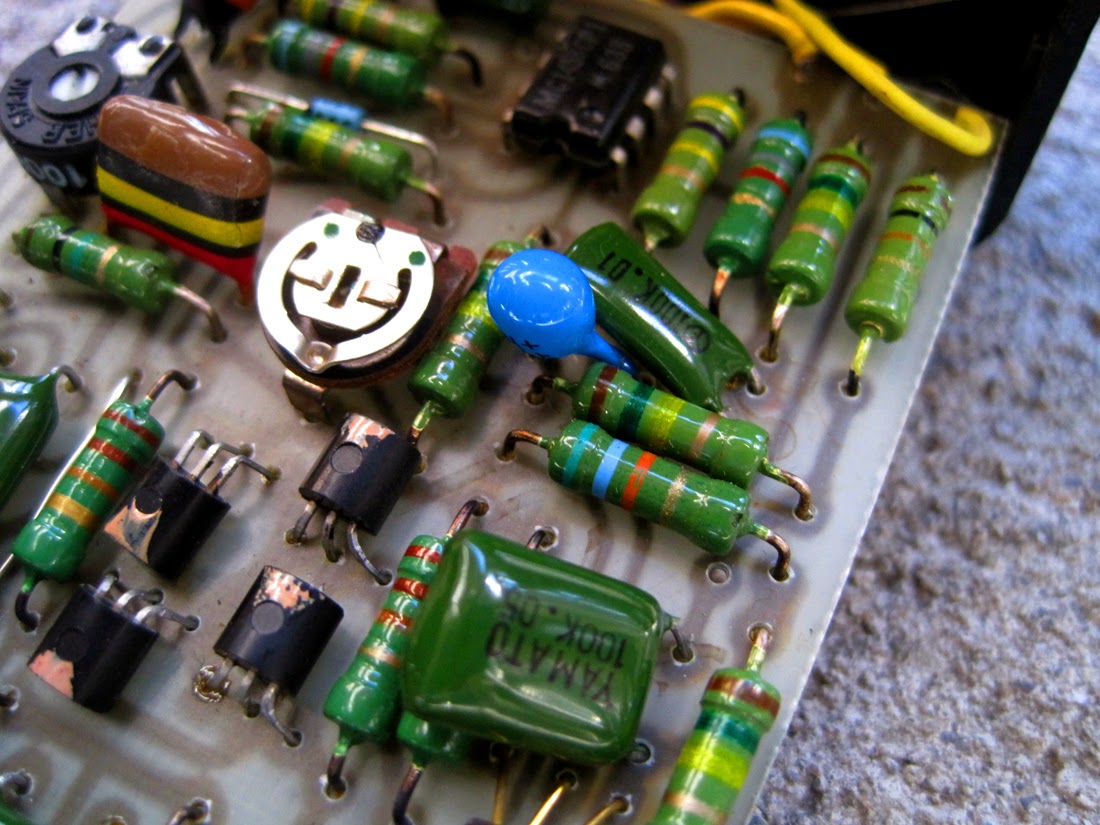 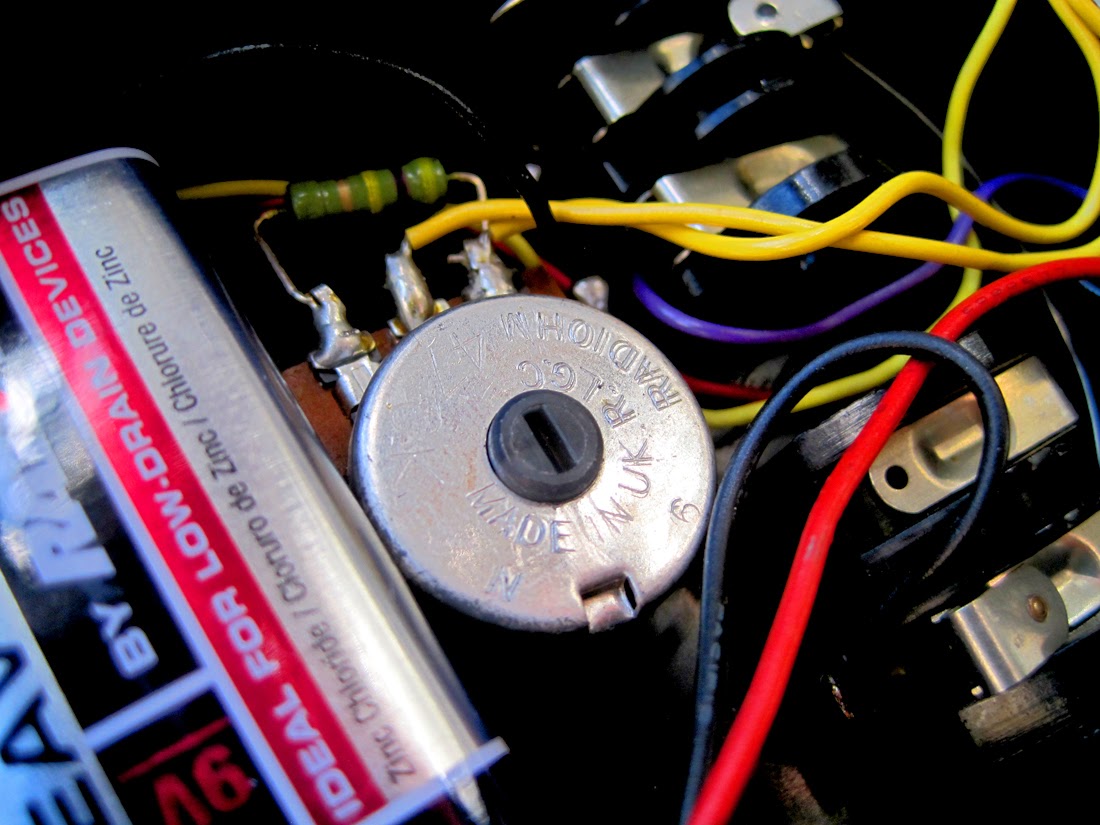