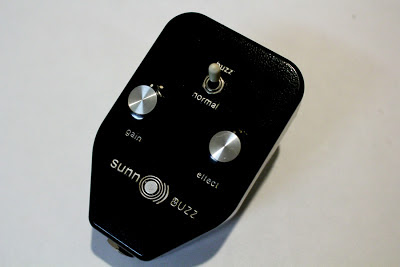 With the rise in (re)popularity of Sunn Amplifiers over the last 10 years, these hard-to-find little fuzzy bastards have become somewhat of a legend all their own...

The Sunn Buzz plugin was first introduced in 1966 with a small run of "prototype" units (like the one pictured below). They were Sunn's take on the popular Maestro Fuzz Tone FZ-1a, with the biggest difference being that they used silicon transistors instead of germanium. 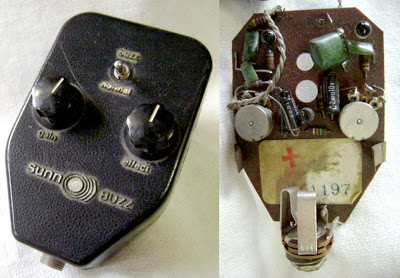 In 1967 the Sunn Buzz got a little overhaul and became the unit we're discussing today; Which switched up some component values, the transistor type, and the look slightly. These new units were to be Sunn's big break into the effects world with full brochure adverts showing off this new black beauty; 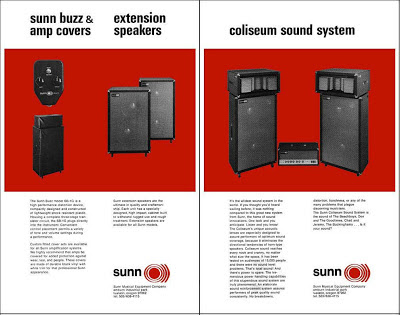 Although it is unknown exactly how long they made the Sunn o))) Buzz, we do know that it stopped popping up in catalogs around 1969. So with possibly only 3 years of production, and poor sales in what was becoming a heavily saturated market, it seemed like Sunn had bowed out of the effects business for good.

This was bad news for Sunn and its followers; but today all of this just adds to the lure and mystique surrounding this cool box. 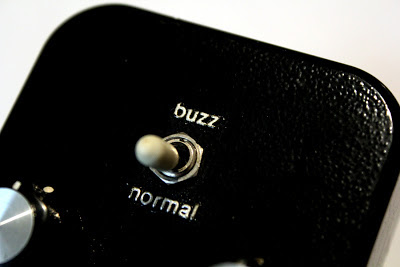 So what are we waiting for! Let's talk about how this baby sounds:/:

Like was stated before, the Sunn Buzz takes its cues from the Maestro Fuzz Tone FZ-1a. It runs off of one AA battery, which is enough for an effect like this. The sound is pretty cool, but I will say though, before anything else, that there is one area the Sunn Buzz does lack in, and that's the bottom. There is just NO low end whatsoever! It was quite annoying at first, as I could tell there was a really cool fuzz-tone hiding somewhere in there. So I decided the best way to fix this was by simply running it through either an EQ or a booster pedal like the UMI Treble-Bass Booster. And once I got that right, it was on/// 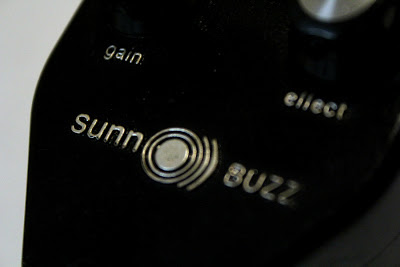 Although the Maestro is a good point of reference, the Sunn Buzz is quite a bit meaner sounding. The first characteristic that stood out from its predecessor was that the overall tone itself is more of a controlled chaos. Where the Maestro, and it's cousin the MKI Tonebender, sound like someone has plugged into an exploding atom, the Sunn Buzz has the typical FZ-1a splat and static but with a steady, thick underbelly. And when paired with a bass booster of some sort, this can go from raunchy 60's fuzz to a primitive all out DOOM machine of death!!! or something... 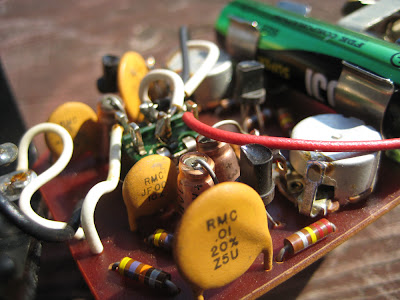 OK, so maybe it won't make you sound like a down-tuned master, but it is damn cool nonetheless!

The name "Buzz" does fit it pretty well, in my opinion. If you roll back the gain knob just a bit you can easily get what I would consider a buzzing, squarewave tone; which is cool for your Satisfaction covers at the bar.

Here is a nice audio demo recorded by our friend Charge from the D*A*M forum with this more buzzy setting on display:
Sunn Buzz Clip 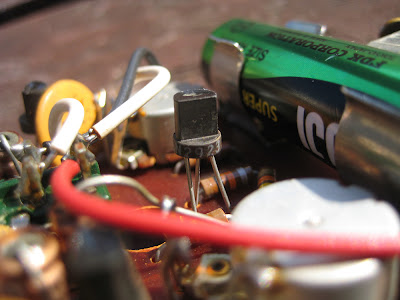 Well, there's not really too much more to the Sunn Buzz so we will just leave it at that, for now.

I hope you all dug this newest review post, and remember to keep digging for those old boxes of gold! 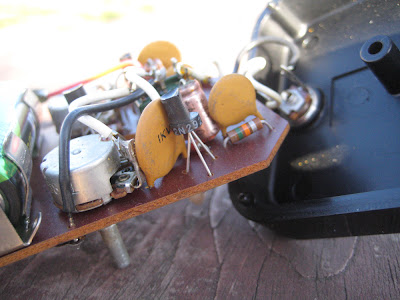 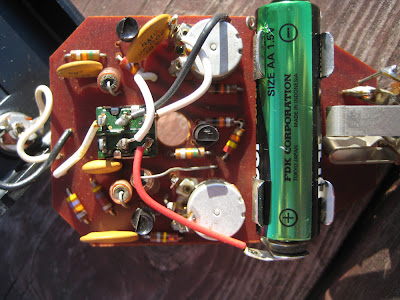 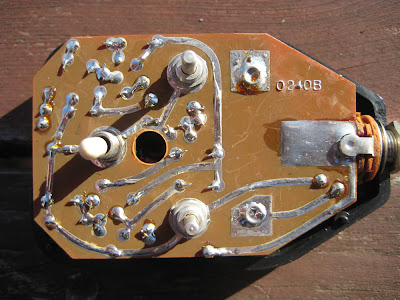 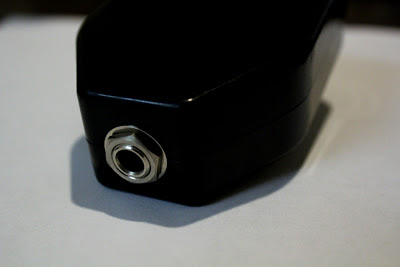