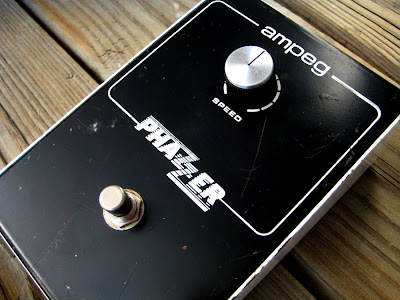 After scanning many digital pages of information and misinformation I still feel I don't know the exact history of the Phase Shifter effect, but I will try and give it a go.
The mother of all phasing, chorusing and vibes is the Univox Univibe. I am not 100% which came 1st, but as I understand, the Univibe was birthed from both the Honey Vibra Chorus and originally a section of the Honey Psychedelic Machine from the mid 60s. Although the effect was used by many a-famous guitar player, the Univibe lends almost all of its cred to Jimi Hendrix.
Then in the early 70's Maestro released their extremely popular phaser called the PS-1 (designed by Tom Oberheim) which created another faction of lush modulation perfection. Since that time period many pedal builders have attempted to create similar tones but from smaller packages, all the while using the 2 giants of guitar modulation, The Univibe and Maestro PS-1 as there benchmarks...

The reason I bring up all of this, seemingly unrelated, information is because I tend to refer to all phasers in terms of being inspired by the Univibe or the Maestro PS-1.
Just to let you know what I mean let me illustrate it in this way;
MXR Phase 90 = Maestro PS-1,
EHX Small Stone = Univibe (and was actually marketed as the way to get that "Jimi Hendrix" swirling vibe tone.) 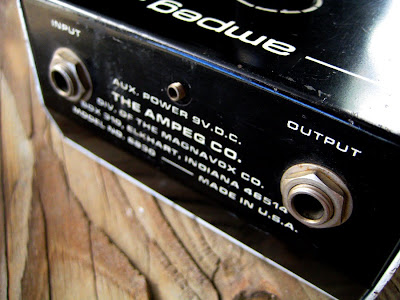 So that finally brings us to the topic at hand, the 1974 Ampeg Phazzer. This was supposedly created for Ampeg Amplifiers by a company called Time Lab, Inc. and even though I have not been able to verify that particular bit of information, I do know it was the only "Ampeg" labelled effect other than the famous 1969 Ampeg Scrambler fuzz (not counting the rebranded 80's Japanese effectors).

Like its older brother, the Scrambler, the Ampeg Phazzer is quite a rare bird. Sometimes the collector nerd in me gets excited purely at looks and rarity, which can be disappointing when I plug it in and hear the actual tone; but in this case, luck be had, it sounded awesome! Also, how could you not jump on the BIN button after seeing that sweet 70's "Phazzer" logo/// 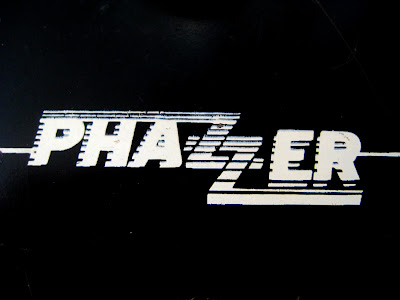 Going back to my original classification system for phase shifters, the Ampeg Phazzer clearly and purely lies in the Univibe camp. So much so that if I ever need that tone, it's the pedal I reach for 90% of the time. It's so close to the Univibe that it even has that irregular cycle in oscillations, if you know what I mean? Sure it doesn't do the deep Vibe and Chorusing of the Univibe, but there is no mistaking where the Ampeg Phazzer got its main inspiration from.

The speed knob has a pretty wide range, going from very slow to a fast wobble. Team it up with some fuzz and you'll feel like a total badass while you play the Star Spangled Banner all night long. There is an internal trim pot (see pics) that tunes the modulation so it can sound better on the low end or the highs, depending on what you are going be playing. Overall I wouldn't say the Ampeg Phazzer is abnormally "lush" or "organic", like some of the phasers I have from this same time period, but it sounds good and what it does do, it does it very well.

Apparently these are out there, as I have found a few other owners while digging through the net; but in the last 3 years I have only seen 2 for sale, one of which we are looking at right now, and the other one was all rusted out and not working. So the only conclusion is that the people who do have one must like em, because no one is selling! 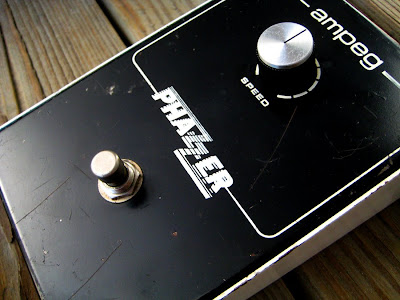 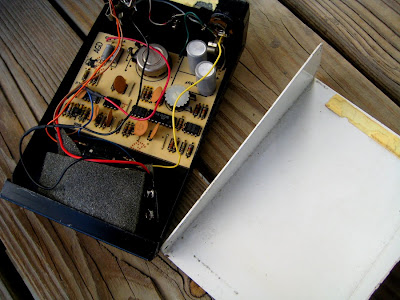 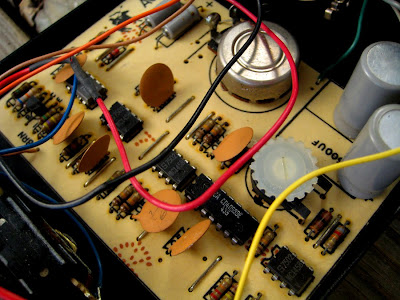 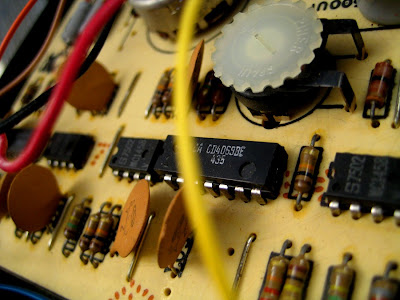 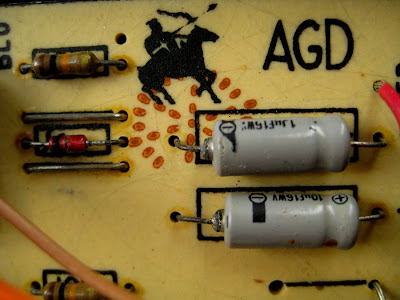 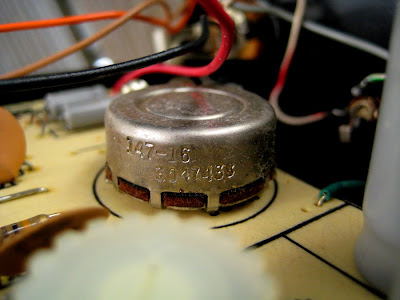