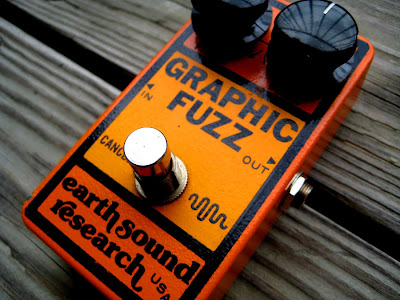 This right here is probably one of the coolest looking effects of all time. With that orange and yellow paint job, those chilled out graphics and by far the best knobs ever to be placed on a pedal, the 1976 Earth Sound Research Graphic Fuzz is one bad ass stompbox. 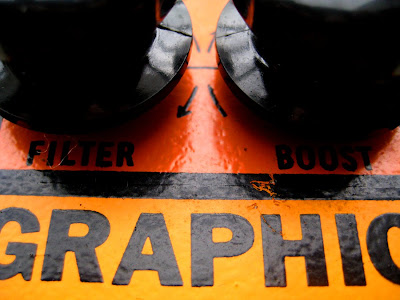 My personal search for this grumpy orange troll started a few years back when I first saw a photo of one. At that point I decided that I didn't care at all what it sounded like, it looked so damn amazing I knew I needed one! Fast forward a couple years and I was lucky enough to score this one with the original box and manual (which I always find entertaining). As I waited for it to get here I was still struggling with what it might actually sound like. The very few demos and actual audio samples floating around online were little to no help, but as it turned out, it sounded really cool! 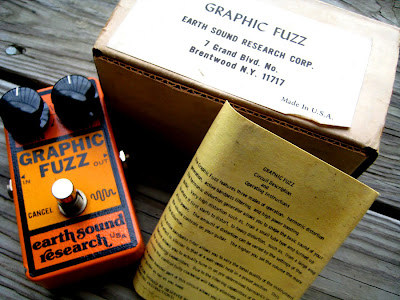 When getting into the whole effects pedal scene one quickly realizes that many of them, even vintage ones, seem to be a clone or tweak on an existing design; but the ESR Graphic Fuzz really stands out on its own. The fuzz itself is a thick, crunchy, buzzing tone and with the Filter knob put into play it can create some really interesting, whacky and weird sounds. The EQ section is somewhat of a resonance filter that comes after the fuzz. If you take a look at the manual, it was meant to be tuned to what you are playing and used to add some harmonics. Cool idea, but it doesn't necessarily work how they planned. Now that's not to say it sounds bad, its just not what I would personally use it for. The Boost knob is just that, a volume knob that boosts the signal quite a bit above Unity. You can control the amount of gain with your guitar's volume. Which also brings out some other cool effects.

So there's not too much more to be said other than some people seem to love this pedal and some seem to think it sounds like crap. I think that has more to do with the variance of sound from pedal-to-pedal rather than the entire design. I happen to love mine///

Ok, enough of the jabber...
Here's your favorite part: 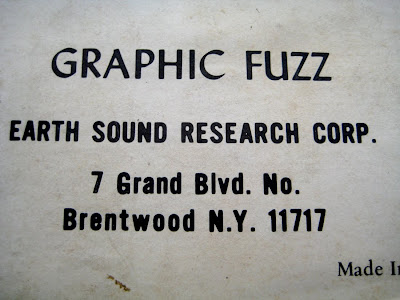 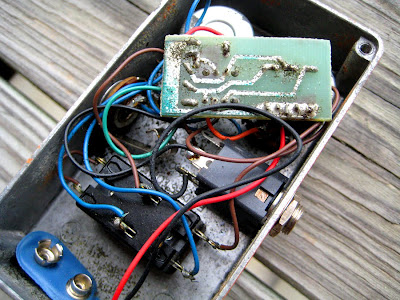 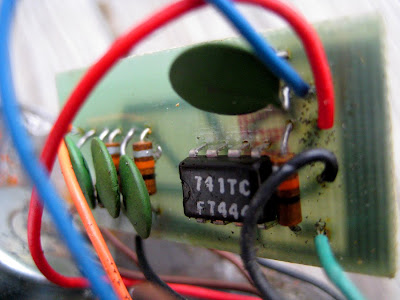 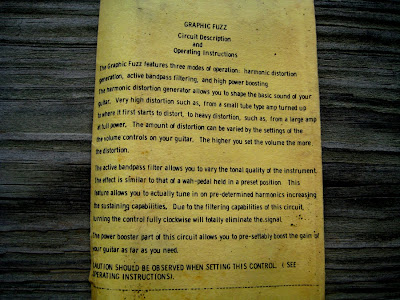 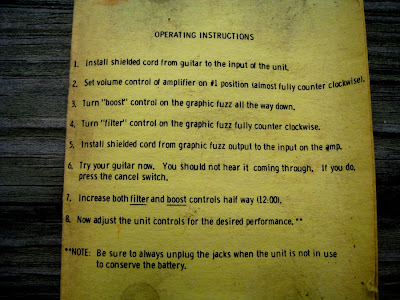