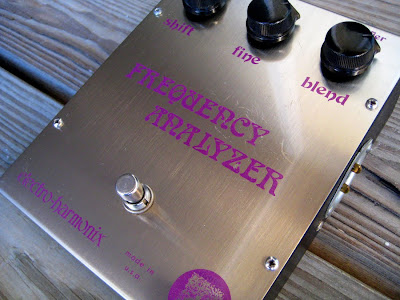 So this week we jump out of the completely obscure and into more familiar territory with this awesome 1973 Electro Harmonix Frequency Analyzer. 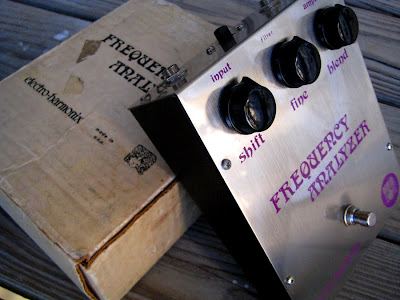 The first commercially available ring mod for guitar players was (as far as I know...) the Oberheim Ring Modulator, which, in 1969 was rebranded and sold under the Maestro name. The effect was a really cool way to get some sci-fi tones, change your tuning on the fly and could even be used as an octave pedal. The Maestro Ring Mod ruled the school up until 1973 when Electro Harmonix decided it was time to break into the game and drop this monster of a pedal on the world.

Well they definitely thought it was something big and MONSTROUS! because in true EHX fashion their original description and claims for the Frequency Analyzer were a little on the ridiculous side (just take a look at this old product flyer below), and I still wonder how many woodwind and brass players brought one of these home in the mid 70's, stared at it for a few hours before boxing it back up and sticking it in the closet... where it lay for 35 years before they decided to sell it to me on ebay! 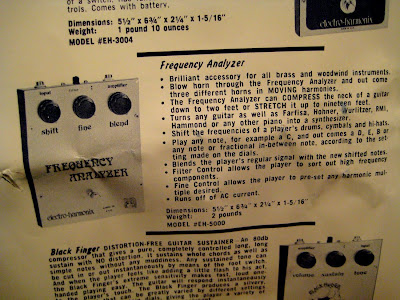 So, what the hell does it sound like! Well it sounds like a ring mod/// but a 3-titted, juicy, fat, martian of a Ring Mod! I personally use it as an octave pedal 90% of the time, as I am a huge fan of the MXR Blue Box. My one qualm though with the Blue Box has always been that the "fuzz" tone was so weak and kind of lame. But with the Frequency Analyzer you get a clean blend knob, so you can mix in whatever fuzzed out signal you want! Yes, I know there are actual lower octave pedals that can do this, but there is just something about the F.A. that sounds so wrong that it's untouchable in terms of low end power and warmth.

Yes, of course it can also do all of those cool ring moddy type tones that you are most likely familiar with, which may be the reason it's not quite as revered as the ram's head Big Muff from the same year, but! to me the simple addition of that clean blend allows this pony to offer up more than the 1 trick it is usually known for. Making it much more useful of a tool for us pedal freaks.

Ok, well here we go. I think I may have gone a little overboard with the pics on this one, but what hell! 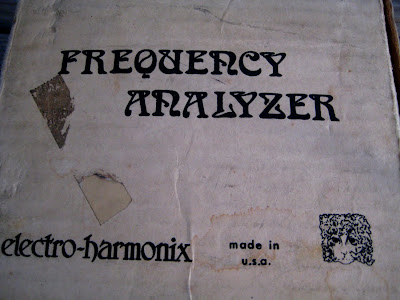 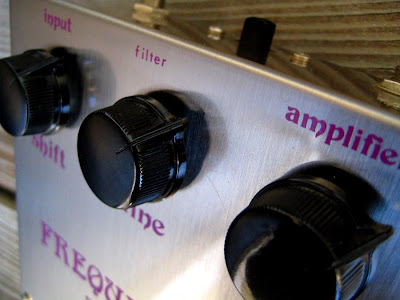 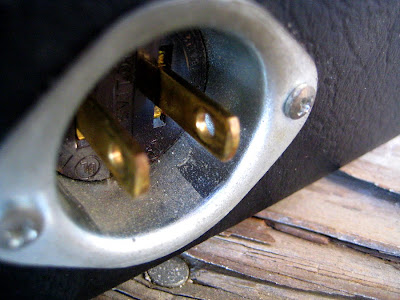 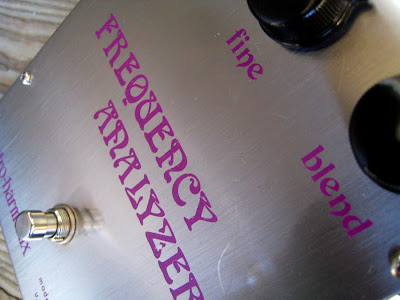 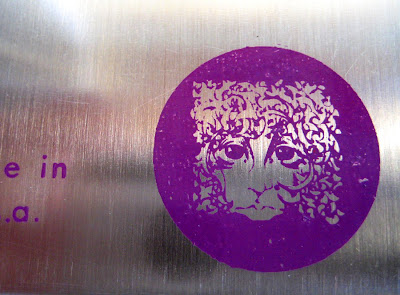 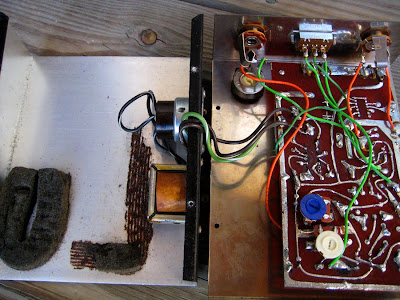 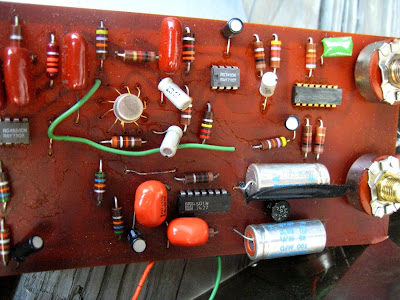 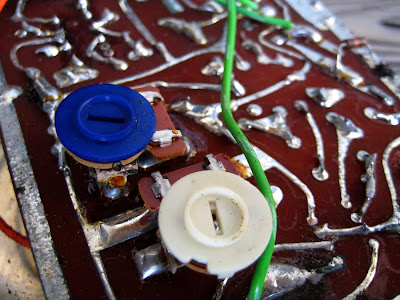 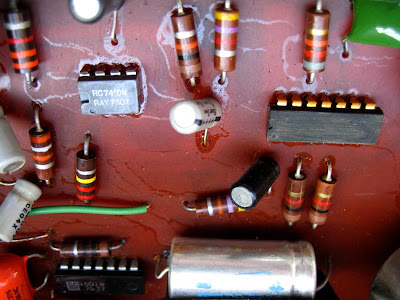 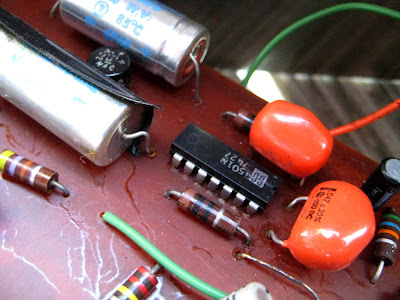 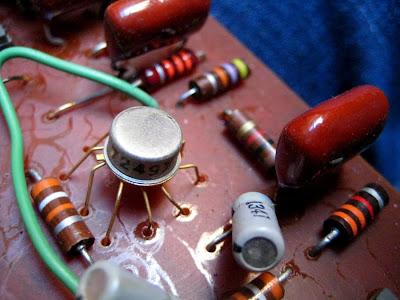 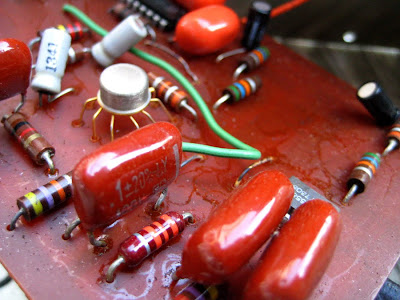 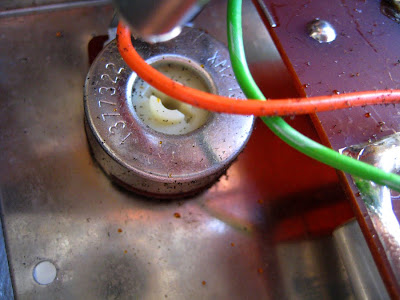