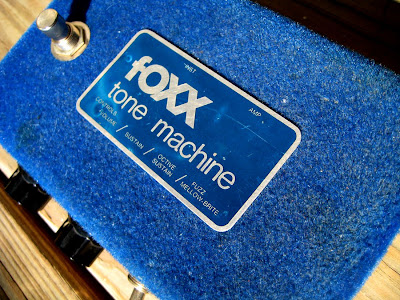 The fOXX Tone Machine; not only is it the namesake of this blog, but it's quite possibly the THICKEST sounding fuzz on the planet!

The Tone Machine's furry history starts with it's release in 1971 by circuit designer and builder, Steve Ridinger; he was 19 yrs old... or so the story goes. The pedal featured a funky, fuzzy coat that came in a big range of colors (green, white, & U.S.A. versions being the rarest). It was only in production for a few years but was sold under other names and companies such as the "Ibanez Tone Machine", "Turtle Tone Machine", "Nashville Fuzzer", "Paraclete Fuzz Sustain", and the "Emmons Fuzz Machine". Emmons, generally a Pedal Steel company, also put out something called the "String Machine" which was basically 3 Tone Machines in 1 box!

In the early 70s fOXX put out some really cool pedals including phasers, wahs, and even a cool plugin overdrive; but the flagship and most legendary is still the Tone Machine fuzz! With it's misspelled labels and unique look, very fitting for the 70s, it was destined for greatness. 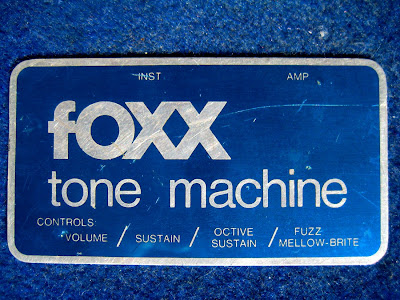 As there are too many Tone Machines variations to explore in (hopeful) future posts, let's not go into super crazy detail just yet. Also the history of fOXX and Ridinger are posted all over the net, so instead I am just going to talk about this Tone Machine, my Tone Machine/

I love it and it's fuzzy, carpet-like exterior. 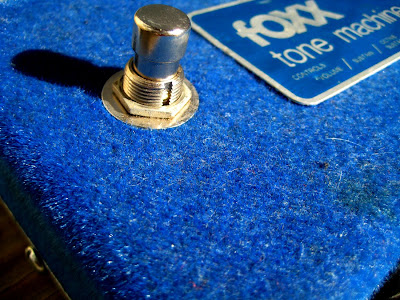 If you have never heard a Tone Machine in the flesh, it can best be described as extremely thick and warm. It turns your strings into trees and your tone into an ocean...

The Tone Machine is broken up like this; 3 knobs for Tone, Gain and Volume, and a switch that goes from "normal" fuzz to an octave-up fuzz. The Gain knob, although it covers a wide range, doesn't really change the tone, like say a Big Muff's gain knob does. The Muff can go from warm overdrive to full on fuzz, whereas the Tone Machine goes from little baby buzz to nut-kicker FUZZ! The tone control is pretty cool though. Even at its highest setting, the treble isn't biting or annoying and somehow it still retains that thick low end. I tend to keep mine set around 10 o'clock, where you still hear the sizzling crunch of the highs, but it's pretty dark overall. When you engage that Octave-up switch it sends the fuzz into some foreign Eastern land, or something. Playing chords at this setting can produce some really obnoxious ring modulation effects that seem to zap my brain! It really reminds of the fuzz on FTB's "Satori Part II" (although I am sure that was some late 60's Japanese pedal).

This particular fOXXy example hails from 1972 and as you can see, is a fOXX branded version. It's the only one I have played, and even though I have seen a ton of gut shots with different looking components from this, I can't imagine all of the other "versions" sounding that much different. But you never know?

I will say that if you are someone who LOVES fuzz, then you should own a Tone Machine. It's one of those pedals where you plug it in and start writing tunes just based on that sound. Also, get bigger speakers >>><<<

OK, nuff said on this.
have at it! 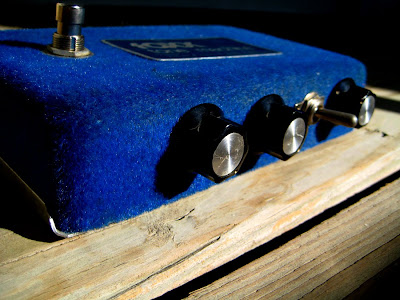 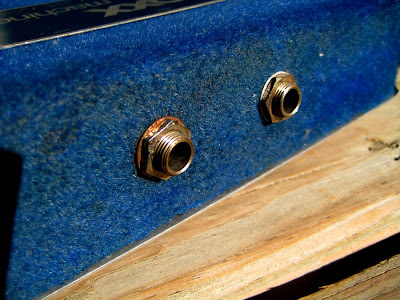 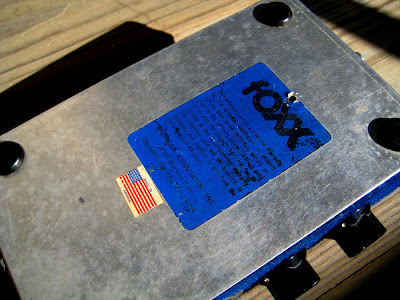 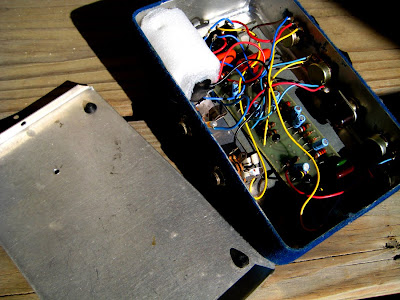 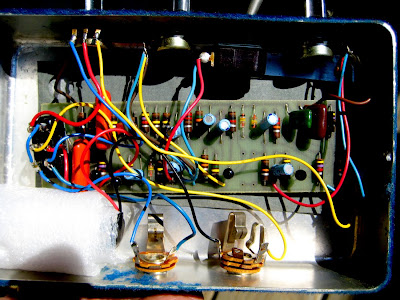 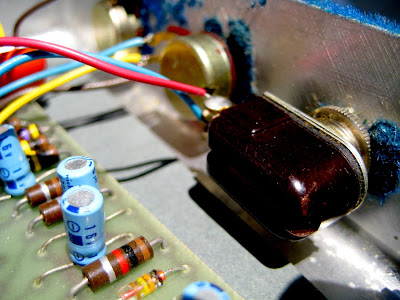 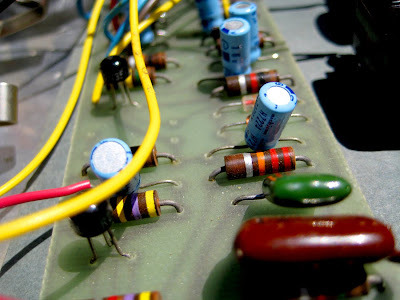 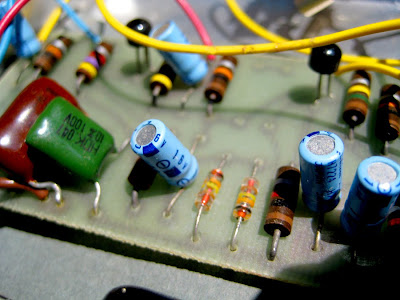 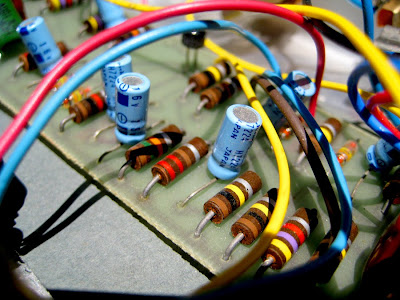 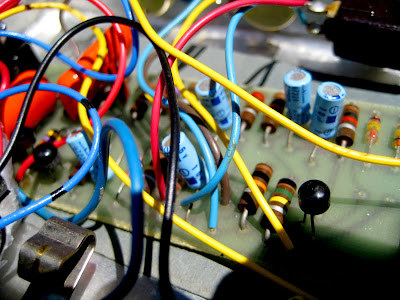 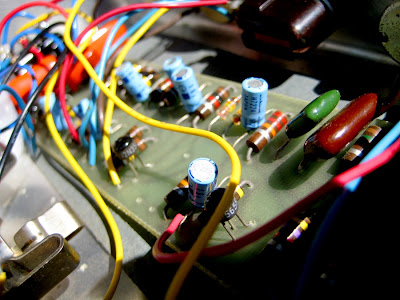 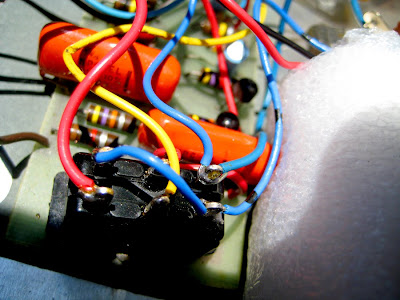