☟
So recently I lucked out and scored an original Astro Amp Astrotone from 1967. I sent the pedal out to my good friend Jerms and he made a comparison video between his Sam Ash Fuzzz Boxx and my Astrotone. Both were stamped as being made in 1967, the Astro from March and the Sam Ash from May. They have identical components (except the diodes) and boards, meaning both versions were built at the same time! There is also a version of the Sam Ash that is in the same casing as the Astrotone, which for some reason was made simultaneously as the wedge-shaped ones...

I'll get super detailed on the Astro in a later post, but for now here are some comparison pictures and a sweet demo video (showing that they sound almost identical!) 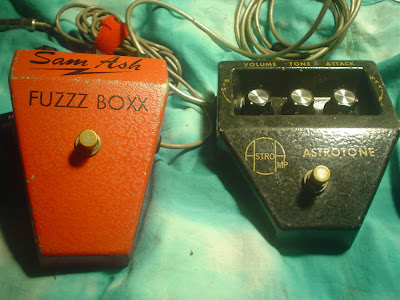 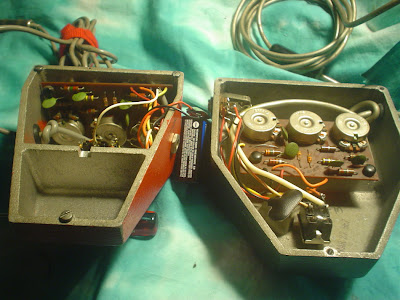