☟
While I continue to seek obscure fuzzery I, at times, find myself down odd paths. A stranger in strange lands and internet forums, hoping to uncover something I have never seen before or heard of. I figure, since fuzz circuits are part of Electronics Engineering 101 at many colleges, and since it's the 1st thing a new pedal builder decides to create, there has to be a ton of weirdo fuzzness out in the world, waiting for me to uncover!

This vision quest has brought me to exciting lands of BUZZING! SHRIEKING! and even some, SLUDGING.
but to the here and now, at this moment...

I give you, the Goodrich String Box! 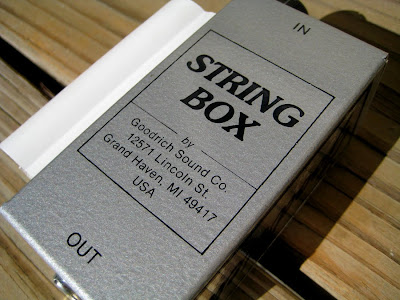 Ok, so maybe I hyped that up a bit too much, but it really is a nice sounding little fuzz tone.

I was first introduced to Goodrich Sound Co. while lurking through Pedal Steel forums looking for Jordan Boss Tones. I had read that the Boss Tone was THE fuzz for Steelers, so I thought they must have a bunch for sale somewhere? As it turned out, they did! I actually purchased a few of my Boss Tones, past and present, through some online pedal steel communities. But even more awesome than that was discovering an effect called the Goodrich Steel Driver II. This seemed to be one of the holy grail fuzz tones for the Steel community. So I figured I would track one down, and luckily I did, twice! (and we will discuss them in detail at a later date), but it got me to research this "Goodrich" and find out there were a few other cool fuzzes they put out. The original Steel Driver, the Fuzz Box and there is also a Steel Driver III that is currently in production. 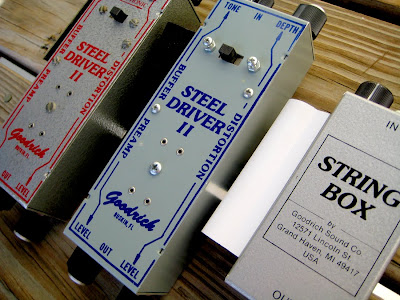 One thing I noticed from checking out the Steel forums is that they refer to the sound of the Boss Tone as very "violin-like". So when the Goodrich String Box popped up for sale I figured it could only be one thing... a fuzz! So I went for it completely blind, as there was absolutely NO information at all about this effect anywhere on the web? The only reference I found was a post on the Steel Guitar Forum where a dude asks if anyone knows what it is...
He received 0 replies.

So I have been trying to figure out any sort of history on this thing, and the best I could do was realize it was made when Goodrich was located in Grand Haven, MI. Unfortunately I don't know when that was (if you do, please post a comment as I would really love to know!) but I do know that they were in Ruskin, FL before this, Whitehall, MI after this and later Dublin, GA. So I can only speculate that this is from the late 70's to early 80s. 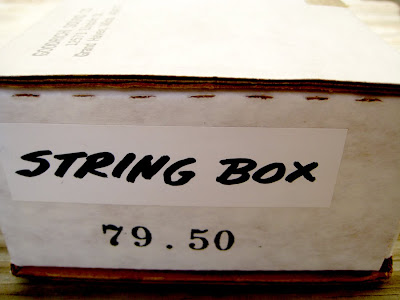 I know; all of this gabbing and nothing about the sound yet!

So back to what we were saying earlier about the Boss Tone and it being THE fuzz for Steel players. It seemed as though a lot of other companies wanted to jump on the fuzzy bandwagon for their own, so a lot of early Boss Tone "clones" came out of the Pedal Steel community in the 70s and 80s, this being one of them.

In an earlier post we put up a video comparing three different versions of the Boss Tone. The last one in the vid was a Nashville, Music City version. This is the version that has most likely been cloned here, but with a couple changes. For one, there is no control for either Volume or Gain. The 2nd thing that is different is there is an added Tone control, that is actually kind of a crappy Low Pass filter. So as it stands, the String Box is set at Full Gain and Full Volume, these things you can adjust with your guitar's volume knob. I can only assume that this is the main reason Goodrich didn't make many of these, as it sounds pretty squishy and heavy; and in fact, it almost seems like a prototype (or maybe an after thought) as they most likely made them out of the same casings used for their extremely popular Match Box, and even packed it with the same paper work! 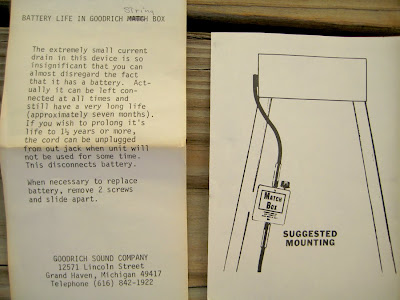 But back to the tone report././
The overall sound is really rich in harmonics, squelches and belches like some of your favorite 60s fuzzes and can get nice and crunchy with the best Muff. When I A/B'd it against my Nashville Boss Tone they were almost identical. They both have that fat low end and each note seemed to birth the next out of some swampy ooze. So basically, it sounds really cool. I also think it's kind of neat that it's supposed to clip onto a stand, so it's neither a pedal nor a plugin (but I'll categorize it as one for the sake of the blog).
So that is all for today.

Now, let's bring on the goods: 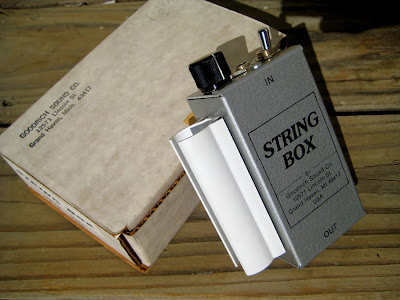 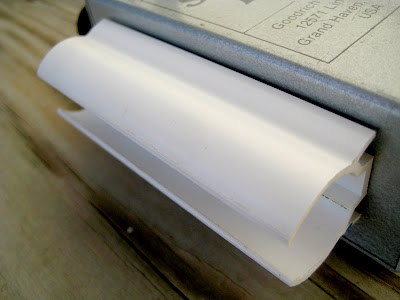 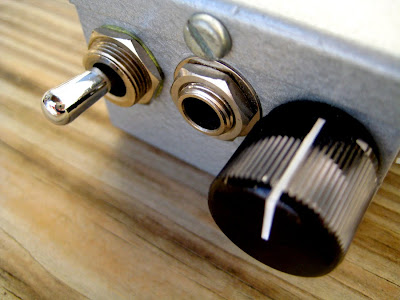 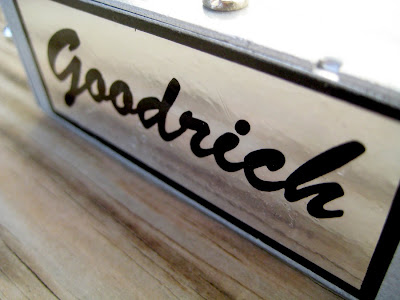 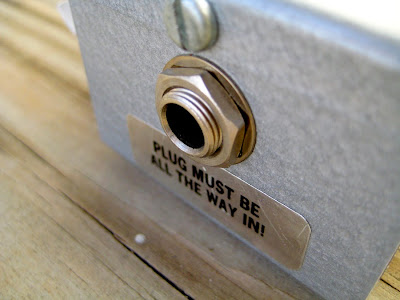 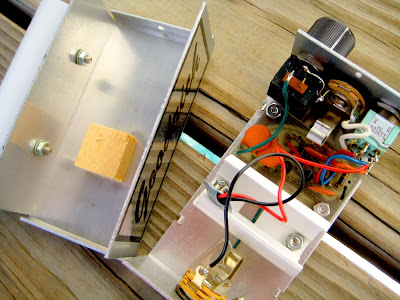 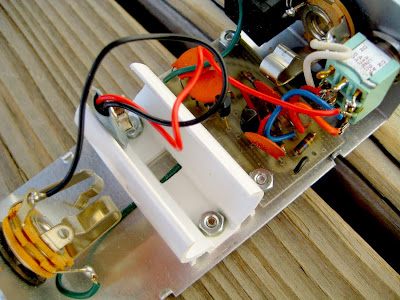 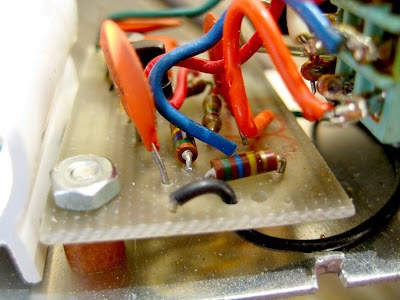 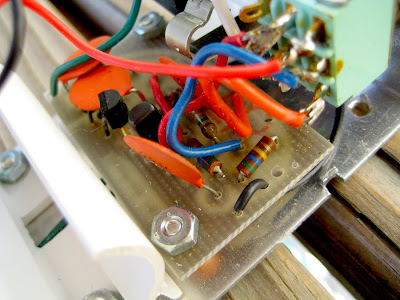 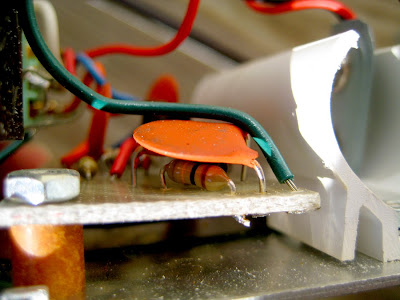 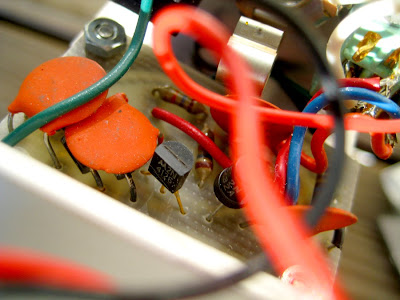